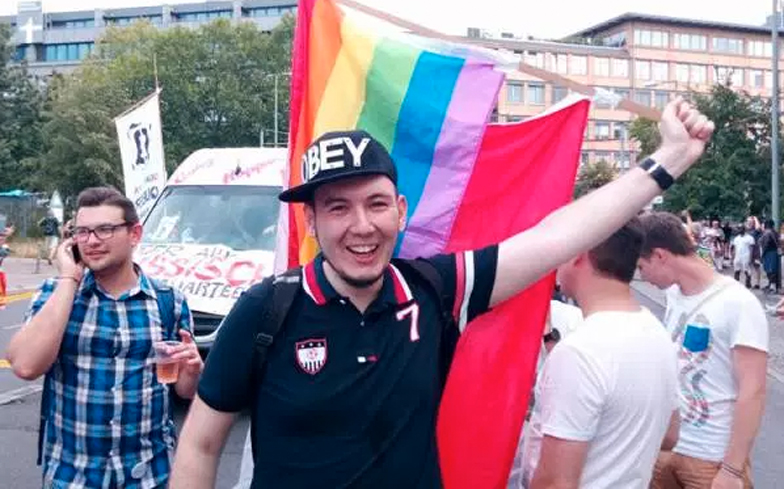 The report found that LGBTQ children in Russia weren’t able to access information that could help them.

A report from the Human Rights Campaign, titled: “No Support: Russia’s ‘Gay Propaganda’ Law Imperils LGBT Youth” was released earlier this week, and it found that Russia’s ‘gay propaganda’ law is having a negative impact on LGBTQ children in the country.

The group interviewed LGBTQ youths living in the country, and found that under the law they were prevented from accessing inclusive education and support services. They also found that the law prevented mental health specialists from offering necessary support.

A transgender person, aged 18 and known as Nikiti, told the report: “No one wants to get beaten on the street, but that’s the fear LGBT people in Russia live with now.

“We know that most people believe the mass media, and the stories there teach them that we are horrible creatures, so we are in danger all the time.”

A separate 18-year-old compared the law to “cutting the air” from the LGBTQ community. And a 14-year-old lesbian said were afraid to “organise prides and demonstrations” and that people who assaulted them would get away with the crime.

The ‘gay propaganda’ rule was signed into effect in 2013 by Vladimir Putin, and it banned the promotion of “non-traditional” sexual orientations to minors

Dr Ilan Mayer, an expert in social psychology and public health condemned the law, telling the report: “The law increases and enshrines stigma and prejudice, leading to discrimination and violence.” He added that it has a “serious negative impact” on LGBTQ youth.

The Human Rights Campaign asked Russia to issue a statement condemning the use of hate speech towards LGBT+ people,” however earlier this year Russian police said they didn’t have a responsibility to protect LGBTQ Russians against hate speech.

The group also called on the government to repeal the ‘gay propaganda’ law and introduce a set of new laws that would protect the rights of “all LGBT+ people, including children.”

There have been growing calls for better LGBTQ rights in Russia in the past few months. Last month, the European Court of Human Rights (ECHR) ruled that Russia could no longer ban LGBTQ-related events like Pride marches.

And earlier this month a Russian judge called on the country to legalise same-sex unions. Dmitry Dedov wrote: “I believe that compromise and social harmony could be found on the basis of mutual respect for human rights and, in particular, for the rights of minorities who do not seek to promote their own way of life, but rather seek recognition of their civil rights, their respect and protection of the state.