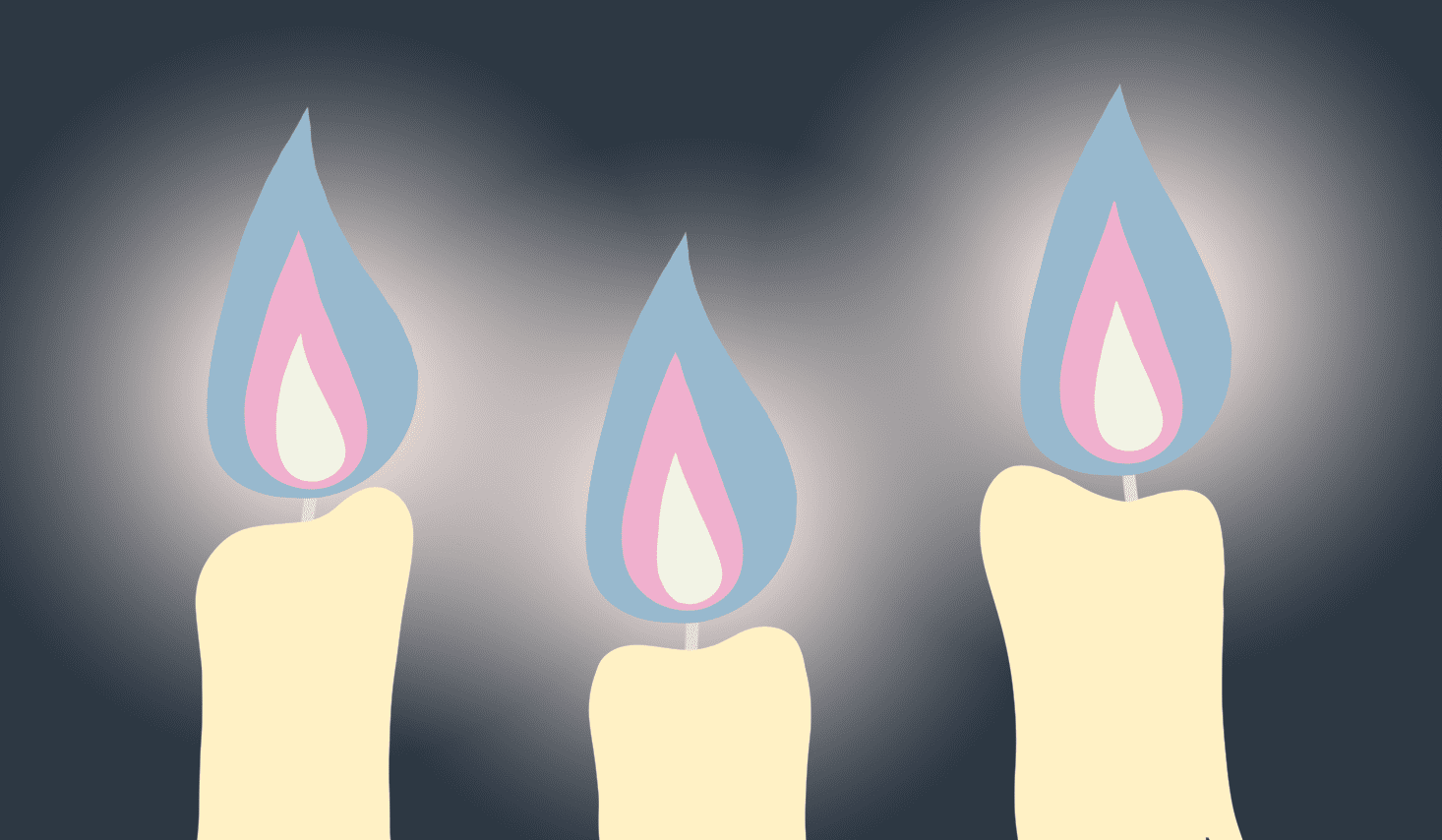 Last year marked the deadliest year on record for transgender and gender non-conforming individuals in the United States. According to the Human Rights Campaign, 57 members of the community tragically lost their lives (the highest number since the organisation started tracking anti-LGBTQ+ violence in 2013), with transgender women of colour making up a majority of these deaths. Of course, these are only the murders that have been officially documented, and have taken place in the US – it’s likely that there are many more undocumented murders of transgender individuals elsewhere in the world. As activists continue to fight for acceptance and campaign against the various new legislatures targeting the community, it’s important to remember the names of the transgender and gender non-conforming individuals who are no longer with us. 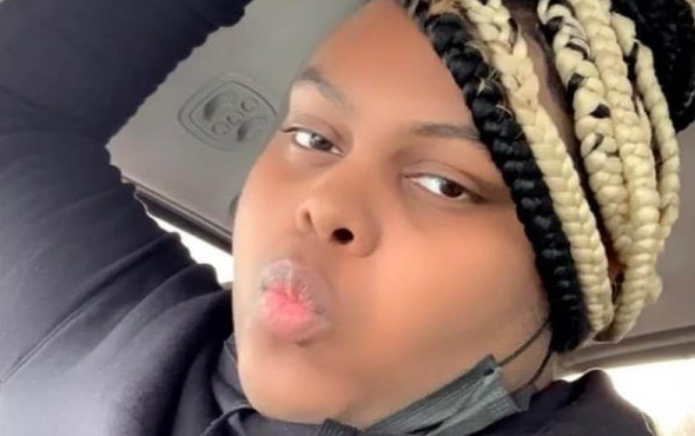 The body of Amariey Lei, a Black transgender woman, was found with gunshot wounds at 6am on New Year’s Day in Wilkinsburg – marking the first known transgender death of 2022. As per reports, Lej was a talented dancer who worked with the Lady Diamonds dance squad and the Legacy Arts Project as a youth artist apprentice. Lej’s cousin, Erin Perry, said her impact “on this earth was earth-shattering, earth moving,” adding: “Everywhere she went, the light was present and everyone felt it. We will love you forever and we will always say your name.” She was also described by family as having a “vibrant soul with a presence that filled every space she entered,” as well as an “unforgettable presence that will be deeply missed”. 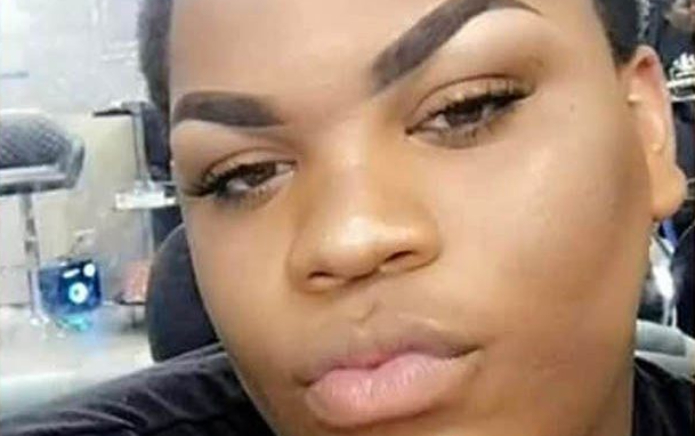 Described as a “little firefly” with an “outgoing personality,” Duval Princess, a 24-year-old Black transgender woman from Jacksonville, was found with fatal gunshot wounds in her car at a shopping centre on 2 January. Police believe she was lured to the location and murdered by someone she knew. Security footage from TV station WJAX, who misgendered and deadnamed Princess, showed an unidentified person entering her car, followed by a flash and the individual fleeing the scene. Her friends told media that she was very popular within her community as a hairstylist. Although Princess’ family referred to her as a gay man, friends said she was in the early stages of transitioning. 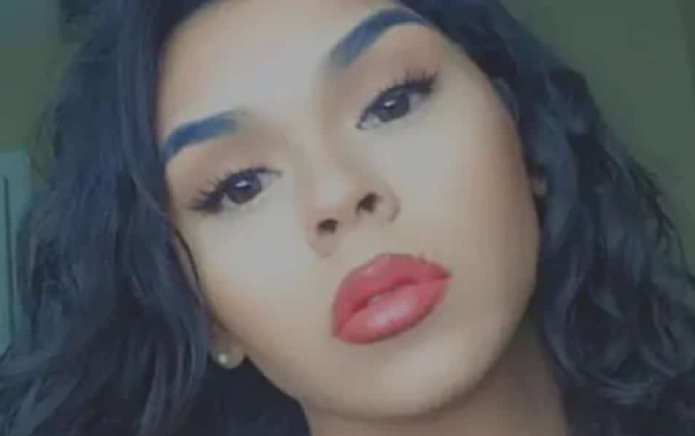 Cypress Ramos, a transgender woman and drag performer, was found dead in a storage unit in Lubbock, Texas, on 13 February. She died “after being struck with a hard object”, according to reports from TV station KCBD. Camilla Urbina, a friend of Ramos, said she would regularly come to her drag shows and was well-loved within the LGBTQ+ community. Another individual close to the victim told Equality Texas that Ramos “was always smiling”. “She was so tiny so it felt like my arms wrapped around her three times,” they said. “She was so drama free — never in any anyone else’s problems. She just loved everyone.” 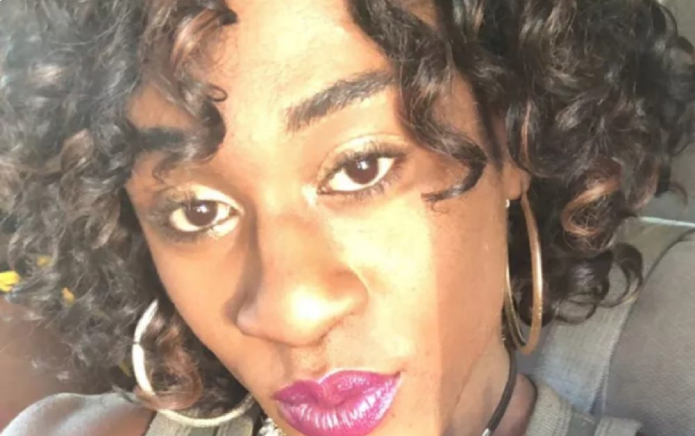 Naomi Skinner, a Black transgender woman, was murdered in Michigan on 12 February. She was found in a hallway with a fatal gunshot wound to her neck. Wayne County Prosecutors revealed that she had an altercation with her boyfriend, Michael Cortez Norris, that culminated in the shooting. Norris reportedly dragged her body from an apartment and fled the scene, but was later tracked down by authorities. He has been charged with second-degree murder, tampering with evidence and a felony-level firearm violation. Skinner’s sister, Shycuria Harris, subsequently launched a GoFundMe page to assist with funeral costs and to allow her loved ones to “celebrate her fabulous life”. 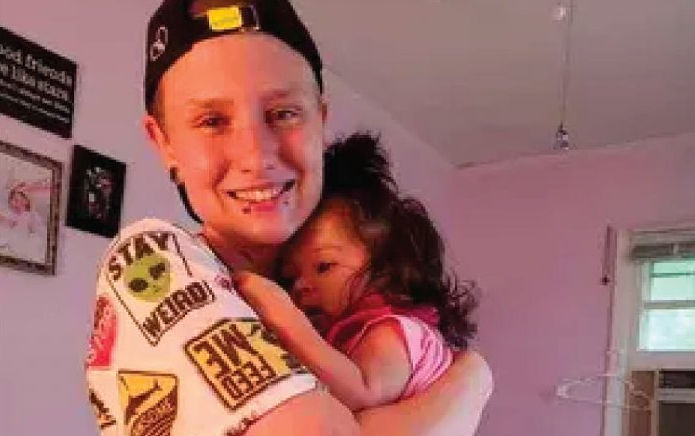 On 9 February, Matthew Angelo Spampinato was killed in a hit-and-run in New Castle, Delaware. Spampinato, a 21-year-old transgender man, was reportedly travelling home from work at a Starbucks when he was tragically struck along the shoulder of Route 273. His co-worker, Samantha Strothmann, told the News Journal that he was “always so selfless” and would “ask how everybody was doing even when he wasn’t having a good day himself”. The publication also said that customers described him as a “breath of fresh air” and had a “smile that could turn a day around”. Morgan Hanners, his cousin, expressed how she didn’t want Spampinato to be remembered as a statistic. “I want people to think of him as a human being who had a family [and] who had people that loved him,” she said. “I would give anything just to be able to see him.” 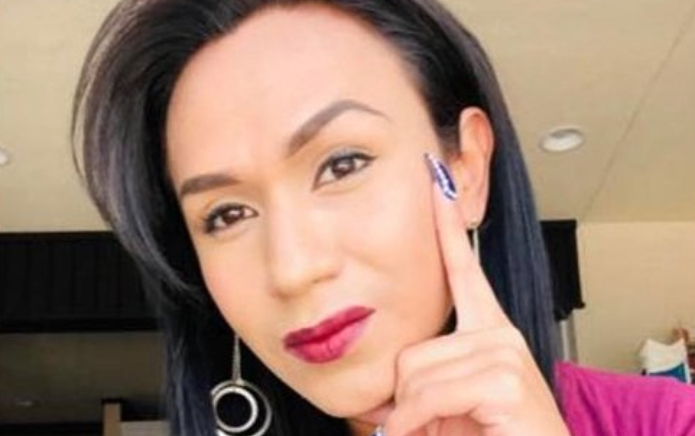 A member of Organización Latina de Trans en Texas, a Texas-based organisation for Latina transgender women, Paloma Vazquez was fatally shot on 26 February in Houston. Six months prior to her murder, Vazquez immigrated from Latin America to the United States to escape transphobic violence. At a Justice for Paloma rally at Houston City Hall on 3 March, which was held by activists, Vazquez’s friend Gia Pacheco said she had just moved into her new apartment and was “very excited about decorating”. The founder of Organización Latina de Trans en Texas, Ana Andrea Molina, remembered the memory of Vazquez in a powerful statement, in which she called for the LGBTQ+ community to “unite and find the killer”.

Just days after she was reported missing, the body of Tatiana “Tee Tee” Labelle was found on 18 March in a bin in the 8400 block of South Ingleside Avenue in Chicago’s Chatham neighbourhood. A spokesperson told Newsweek that an inquest discovered that Labelle’s death was a result of “multiple injuries due to assault”. A neighbour, who didn’t want to be identified, told WLS-TV that Labelle’s body was located after “the garbage people pulled it up and the garbage flipped over, and everything fell out.” Mourning her death, Shameika Thomas said it was “heartbreaking” for someone to beat her sister to death and “throw her in the trash like she was garbage”. She continued: “I loved my sister whether she was transgender or not, and I would like for me and my family to have justice.” 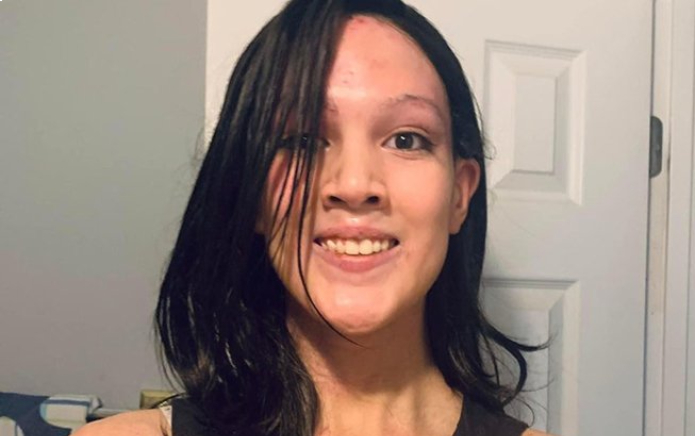 Kathryn “Katie” Newhouse and her father Howard were found murdered at their home in Cherokee County, Georgia, on 19 March. In an interview with CBS, her brother Chris Newhouse called his sister’s death a “tragic culmination” of mental health issues that impacted his 57-year-old father. “[It] led to such a escalated to a situation that – it shouldn’t have happened, but it happened,” he said. Newhouse was an Asian-American native of Illinois who was autistic and, like her father, also suffered with her mental health. Pittsburg Lesbian Correspondents revealed that Newhouse was a “Minecraft and UberSpire enthusiast,” as well as an advocate for transgender rights. In their tribute, they said she had “a bright smile, enjoyed changing up her hairstyles and was attentive to world events.” 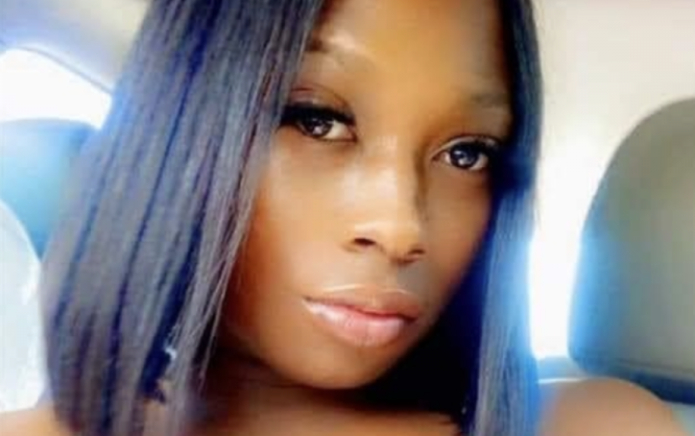 Kenyatta Webster, known to friends and family as Kesha, was found dead in Jackson, Mississippi, on 26 March. At a ballroom release and vigil honouring Webster’s life, which saw more than 100 people in attendance, her mother Sharon Taylor delivered an impassioned speech about her death while calling on mainstream media to find her killer. “Everybody share it all on Facebook,” said Taylor. “All over Facebook. Let it go out, because I want justice for my baby. Because she was loved. She had plenty of love. She didn’t deserve that. She ain’t no dog, no rag or dirt. She’s gonna get justice.” Pittsburgh Lesbian Correspondents revealed that Webster worked in retail after graduating from Callaway High School. She turned 24-years-old a month before her death. 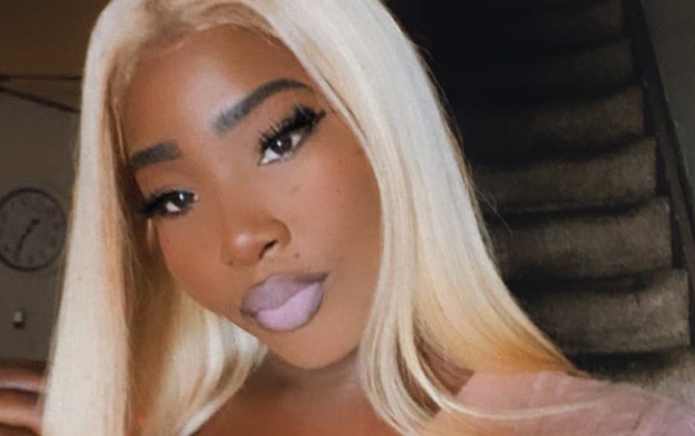 Miia Parker, a trans woman described by loved ones as “the life of the party”, was fatally shot in a parked vehicle in Chester, Philadelphia. She was driven to hospital by a friend she was with at around 3:30am, though this person did not cooperate with the police’s investigation, CBS Philadelphia reported. Miia, who was just 25-years-old, passed away from the injuries she sustained in hospital on 1 April. Family told the outlet that the crime was a “senseless homicide” and opted not to appear on camera due to fears of the shooter still being at large. Loved ones celebrated Miia’s life at a funeral on 8 April. 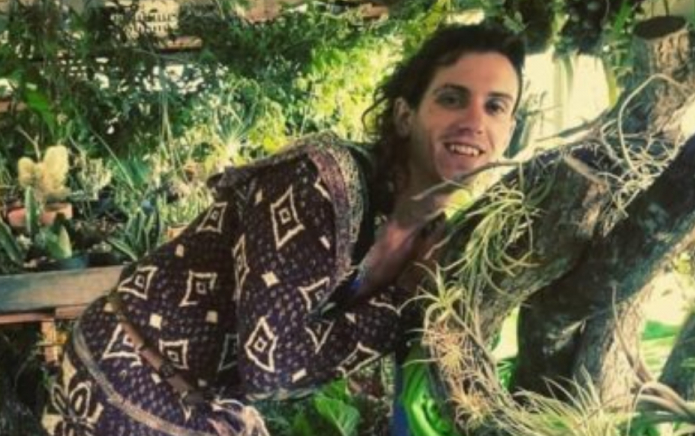 Remembered as a “wildflower” by loved ones, Fern Feather, a 29-year-old trans woman, was murdered on 12 April in Morristown, Vermont. An autopsy revealed that Fern succumbed to a stab wound to the chest. A friend of Fern’s, Brittany Tetlow, told NBC 5 that she was always in “full blown” and brought “joy and happiness” to everyone they met. Her former roommate, Aeryn Reynolds, couldn’t think of a “single bad thing to say about Fern” and “couldn’t sleep” after hearing about her “heart-wrenching death”. Authorities arrested a 43-year-old man called Seth Brunell in connection to her murder. 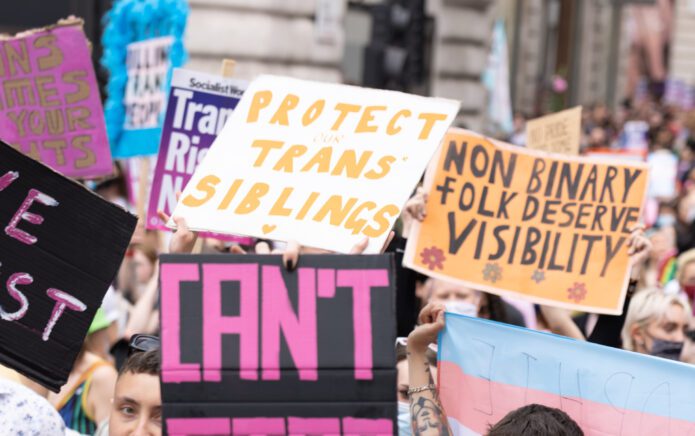 4 in 10 LGBTQ+ people research their threat of safety before travelling, study finds 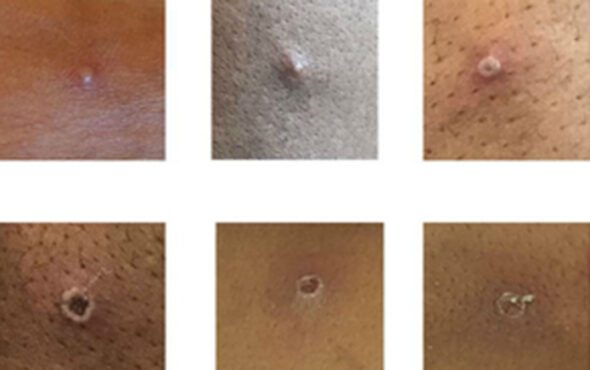