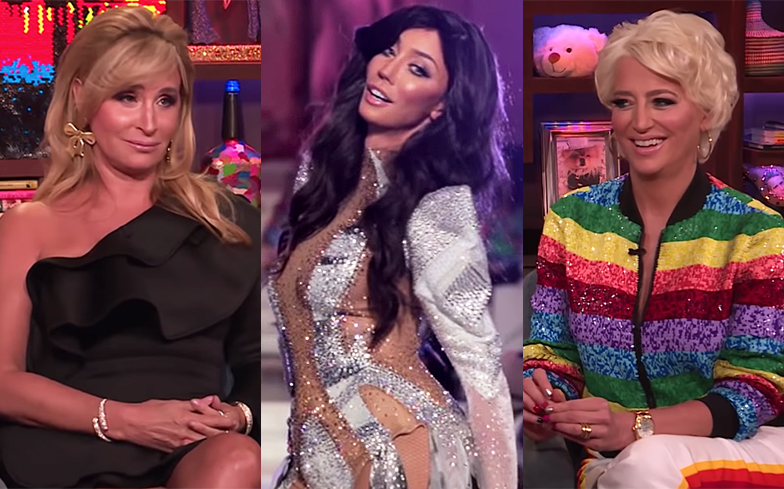 Sonja Morgan and Dorinda Medley have been criticised for making transphobic remarks.

The Real Housewives of New York City reality stars were sitting front row during a runway from Garo Sparo at New York Fashion Week on Tuesday (10 September), in support of their cast mate Tinsley Mortimer who made a catwalk cameo.

Sparo’s show featured a diverse lineup of models – including Amanda LePore, MiMi Tao and Miz Cracker – but that fact seemed to be lost on Morgan and Medley as they’ve come under fire for making offensive comments about trans model Yasmine Petty.

In a statement to Page Six, Petty said she overheard the two women making the comments as she walked the runway, and also noted that another video taken at the event shows them laughing – although the reason why is unclear.

“I was really excited to do the fashion show for Garo Sparo for New York Fashion Week because he was using models of diversity,” she said.

Petty continued: “It’s pretty disheartening and disappointing, especially this day in age and being in New York City.

“But things people can choose to do is not to be rude and cruel to people over things they have no control over.”

Morgan and Medley have since issued a statement apologising for their comments.

“We have a history as long-standing supporters of the LGBTQ community in many ways and apologise for our offensive comments at the fashion show,” they said.