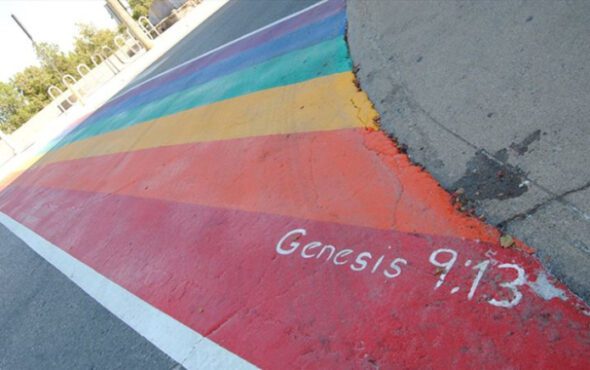 A rainbow crosswalk was vandalised with a Bible verse claiming the LGBTQ+ community stole the symbol from God.

The crossing in Port Colborne, Canada, had been installed just days before and is being repainted as a result of the damage.

Genesis 9:13 was used to deface the rainbow and is a Bible verse that is commonly used by homophobic Christians to claim that the LGBTQ+ community stole the symbol from God.

It reads: “I have set my rainbow in the clouds and it will be the sign of the covenant between me and the earth.

“I will remember my covenant between me and you and all living creatures of every kind. Never again will the waters become a flood to destroy all life.”

Austin Gooder, a local resident, spoke to a news outlet in the region about the irony behind the vandal’s actions.

“If the rainbow is a Godly sign,” he explained, “then the people who will vandalise a rainbow crosswalk are vandalizing a sign of God. Sounds like a logical contradiction to me.”

Permanent rainbow crosswalks are common all over the world and are an inexpensive way for local authorities to support the LGBTQ+ community. 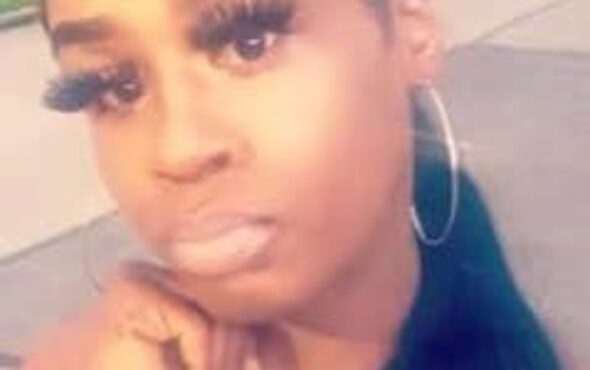 However, they have become an easy target for homophobic vandals, with one doing over $16,000 worth of damage to a rainbow walk in Florida earlier this year.

A secondary school in British Columbia was also subject to abuse, with a path there having homophobic slurs graffitied over it alongside drawings of genitalia.

The UK’s first two permanent rainbow crossings were installed in London in 2019 and can be found in Herne Hill, with one on Dulwich Road and the other on Norwood Road.

Several had previously occurred in locations such as Greenwich, Wimbledon and City Road, but these were the first in the country to be permanently set.