Racism isn’t innate, it is learnt: The LGBTQ+ community needs to do better 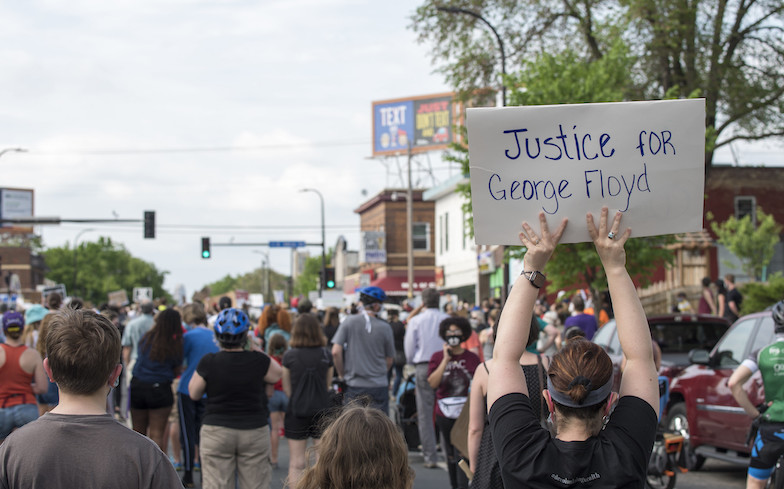 How far do we have to go as a society?

For many, the killing of George Floyd on 25th May 2020 was another painful, recurring nightmare. A horror when you awake to realise that you were not dreaming, but that another Black man has lost his life at the hands of a white arresting officer in circumstances where no reasonable observer could support.

If you are LGBTQ+ and reading this, then surely as a member of a “minority” community you immediately have an innate understanding of the pain and outrage that has engulfed cities around the world protesting about Mr Floyd’s death…don’t you?

Being LGBTQ+, you would not have been surprised to read the 2018/2019 statistics showing a year on year increase in hate crimes against members of your community. No doubt you would also have acknowledged with knowing sadness, that Stonewall, the UK’s leading charity for lesbian, gay, bi and trans equality, also reported that those government figures cannot be trusted because their research was able to show that 1 in 5 hate crimes committed against an LGBTQ+ person goes unreported.

If you are not a member of the LGBTQ+ community and you’re reading this article, I wonder, do you wake up in the morning and question whether you are going to be spat or sworn at, or punched and kicked because you are sitting next to your partner on the bus, as Melania Geymonat and her partner Chris were in late 2019?

I suspect not. If you’re LGBTQ+, perhaps you dress a particular way or put on your ‘straight office voice’ so as to shield yourself from questioning work colleague’s eyes? It can be tedious and exhausting. After all, why does your sexuality have to be a relevant issue in the office? However, you know that for some it is.

You also know that even though there has been significant movement in terms of achieving fairness and justice throughout society for LGBTQ+ community, such achievements do not reflect your ‘normal’ day to day life. The fact that the Stonewall research suggests that 4 out of 5 of you don’t feel able to approach the police to report that you have suffered abuse is a damning example of this.

You may be surprised to read that thanks to Brexit, the House of Commons has recently voted to reject the only treaty (The EU Charter) binding on the UK that expressly protects against discrimination on the basis of sexual orientation. You may also be surprised to read that UK Human Rights Law is not as comprehensive as the EU Charter, but that is what members of the LGBTQ+ community are going to be left with.

So I pose the question again: surely as a member of the LGBTQ+ community you have an innate understanding of the anger and sadness felt by Black people regarding Mr Floyd’s killing?

I am not so sure. If you have ever been on a Gay dating website, no doubt you will have seen the references to “no Blacks” or “white only.” Or how about the catchy title: ‘No chocolate, no curry, no rice, no spice’?

Clearly this isn’t just about your personal preference, because if it was, you simply wouldn’t swipe right. The fact that you feel the need to make such a racially defined statement, you know like: “no Blacks, no dogs and no Irish”, means that it is important to you to explain to everyone who you appreciate and who you don’t. You want to make it very clear to those members of the LGBTQ+ community that they would be an inferior choice for you.

Perhaps you have suffered that micro aggressive prejudice by heterosexuals and so feel it’s appropriate for you to reference Black and other ethnic groups in that way? You felt powerless in the first scenario, but you can feel powerful in the latter? You must know that such ‘preferences’ cause significant harm, in the same way they have caused you, so why reflect that unkindness on someone else? Particularly when that someone else belongs to a smaller, and by definition, less powerful, community than you?

This is just one example of the type of acts that mean that QTIPOC (queer, trans and/or intersex people of colour) feel unwelcome, marginalised and victims of racism in the LGBTQ+ community.

Stonewall undertook research in 2018 regarding racism within the LGBTQ+ community. It found that over half of Black, Asian and other ethnic groups said they had faced discrimination or poor treatment from the wider LGBTQ+ community. The situation is particularly acute for Black LGBTQ+ people: three in five (61 per cent) have experienced discrimination from other LGBTQ+ people.

Racism is a difficult topic to discuss. You may feel you don’t know enough about the topic and so fear that if you say something wrong, then you risk causing more insult or even being labelled racist yourself. To add to that, let’s be honest, if you are a white member of the LGBTQ+ community, you have your own problems to deal with, the research clearly tells us that, and the last thing you would identify yourself as being is ‘white privileged’.

So if someone were to ask me, how far do we still have to go to protect the rights of smaller communities, I would answer: there is still a way to go.

I referenced the horrific assault of Melania Geymonat above, not just because of my shock and outrage, but because the assailants were all young teenagers, the eldest only being 17. How is it, that it 2019 children were behaving in such a hateful homophobic manner? Homophobia, like racism, is not innate. We are not born understanding that we hate someone because of the colour of their skin or sexual orientation, it is learnt.

As a society we all possess the power to teach hatred or educate those to eradicate it. The lesson always starts with ourselves, so what are you prepared to do?

Paula Rhone-Adrien is a renowned Family Law Barrister with over 20 years of experience.

Keep up to date with her journey on Instagram @familylawguruuk.