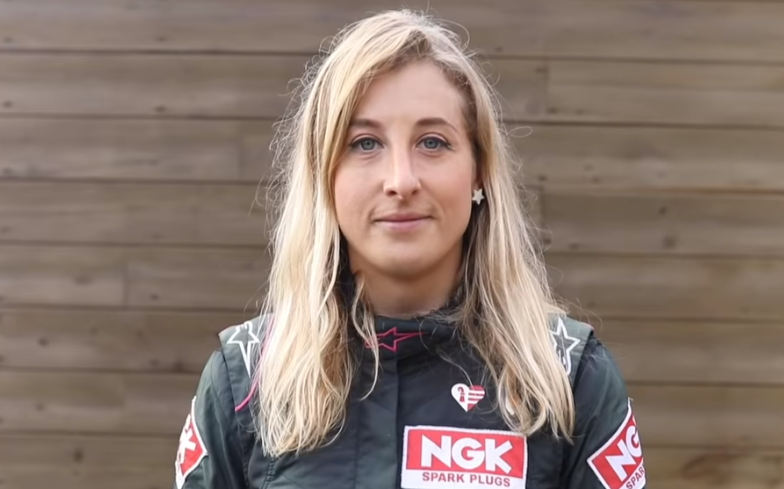 Charlie Martin opened up on the YouTube series TransAND.

Racing driver Charlie Martin has opened up about how transitioning helped to unlock her potential. She made the comments speaking to LGBTQ filmmakers Fox Fisher and Owl.

Speaking on their series TransAND, from the company My Genderation which airs films shot by or about trans people, Charlie said: “I nearly gave up motorsport coming into my transition purely because I couldn’t see any other role models – I couldn’t see any other people who looked like me in the sport and I had no idea how I was going to be treated.”

Speaking before her transition she said: “Prior to that my results were OK, but if you look at everything that’s happened since transition, the confidence, the self-belief that’s come from being able to be me.”

Charlie later added that before transitioning she’s “lost all sense” of her identity. “I’d look in the mirror and I’d just think, i don’t know who the hell I am anymore,” she said.

“I got so depressed I was having a nervous breakdown, I was suicidal to such an extent that I really was going to take my own life. I just couldn’t see any way that I could resolve this that wasn’t going to end in a lot of pain.

“Thankfully I didn’t. I realised there’s only one way out of it, and that’s transition.”

She added: “The last six years have been me taking control of my life, and the way that’s manifested itself in my career has been nothing short of groundbreaking.”

Charlie Martin is the first person to be featured in the TransAND video series. Explaining to Diva, why the series was launched, Fox and Owl said: “The reason we set out to make this series is because we wanted to shift the focus away from it being about people’s medical transition, or their family reaction, or the dreaded ‘before and after’ conversation.

“We should be focusing on how trans people are so much more than trans.”