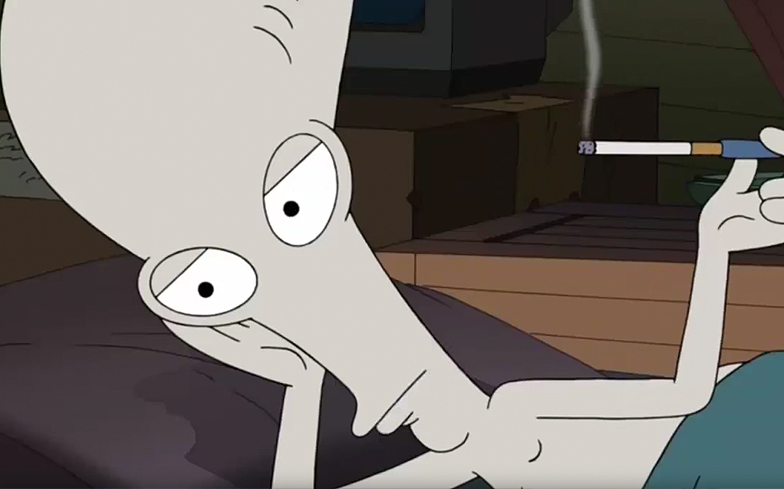 Just when you thought you’d heard it all…

A rabbi has compared gay people to “space aliens” during a speech defending a bakery’s refusal to serve gay couple David Mullins and Charlie Craig.

Jack Phillips of Colorado’s Masterpiece Cakeshop declined an order from the couple back in 2012 after he discovered that they were celebrating their wedding.

He claimed that his religion requires him to discriminate against gay people as he does not believe in same-sex marriage.

Mullins and Craig launched an anti-LGBT discrimination legal case against Phillips, which he lost.

However, he then lodged a legal challenge against the verdict, and continues to believe that he should be allowed to discriminate against LGBT+ people based on his religious beliefs.

Rabbi Yaakov Menken of the Coalition for Jewish Values has now stepped into the argument, offering the most bizarre comparison yet.

“If space aliens were to land tomorrow, they would solve the problem. Now some of you probably think I’m nuts, but let me explain,” he started.

“Let’s imagine E.T. lands tomorrow and someone falls in love with E.T. and decides to get married to ET. Trust me – within two years the Supreme Court would decide that under the US Constitution Sally – or Bill – could get married to E.T.

“But because aliens are not human beings, and despite what you’ve seen on Star Trek, it would be impossible for aliens and humans to have children together – that would be the Biblical definition of marriage – and Jack Phillips would not be able to bake them a cake.

“And then it would be obvious that he’s not discriminating against anyone. He’s not singling out same-gender couples for exclusion.

“On the contrary he is saying he can only celebrate a Biblical marriage that involves a human man and human woman. And the ACLU would have to pack up and go home. Are your lawyers taking notes, Jack?”

Phillips’ case will head to the Supreme Court on 5 December.

A ruling in his favour could have disastrous effects for LGBT+ rights, with activists rightfully concerned that it will give people licence to discriminate against the LGBT+ community based on religious beliefs.