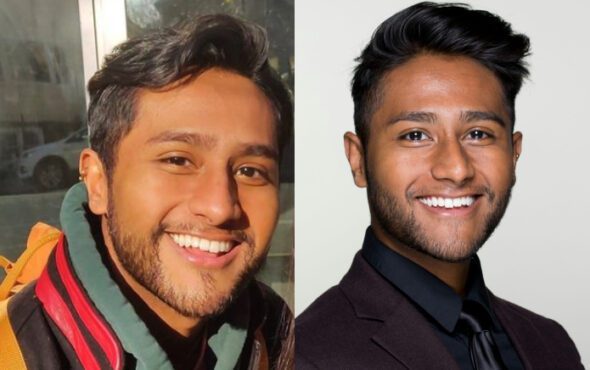 A young queer man in Chicago was shot and killed outside a residential neighbourhood.

On Saturday (11 December), 26-year-old Suraj Mahadeva was tragically taken when he was fatally shot at around 3:25 am.

According to authorities, before the horrific incident occurred he was waiting on a friend’s porch in Chicago’s Palmer Square neighbourhood.

After hearing gunshots, his friend found him with a wound to the head. He was then rushed to Mt. Sinai – where he was later pronounced dead.

Mahadeva, who was originally from Michigan, moved to Chicago after graduating from Michigan State University in 2018.

Shortly after arriving in Windy City, he created a thriving life as a medical technician and avid volunteer.

He was also passionate about LGBTQ+ rights and was actively spreading awareness throughout numerous Pride events.

Since his death, friends and family have come out and honoured Mahadeva in a series of tributes.

In an emotional interview with Block Club Chicago, his sister Althea Mahadeva described him as liking “everything and everyone.”

“His love languages were acts of service and quality time and touch. He gave the best hugs in the whole word,” she said.

“He was so sensitive and such a good listener and such a fierce protector of anyone who he felt needed help. He was there to help them.”

The tributes continued on Thursday (16 December), when 100 people gathered for a heartfelt candlelight vigil.

J. Saxon-Maldonado, a close friend to Mahadeva, called him “a beautiful and brilliant person.”

“I want tonight to be solemn, but also joyful – because that’s what he would have wanted,” they continued.

Jen, a family member, remembered his incredible smile and said she would “miss his hugs.”

Mahadeva’s longtime friend Teja Kodali also praised his personality and said the world will be” a dimmer place” without him.

“He was such a rare person. I don’t think I will ever meet anyone like him. He taught me so much about life. He had such an open mind,” Kodali said.

“He was so curious [about] people and getting to know them, and understanding their lives and trying to walk in their shoes. … I really think the world is going to be a dimmer place without him.”

Mahadeva’s family and friends have also created a GoFundMe page to honour “his memory and continue his amazing influence on the world.”

The local authorities are currently investigating the case. There are no suspects or arrests at this time.