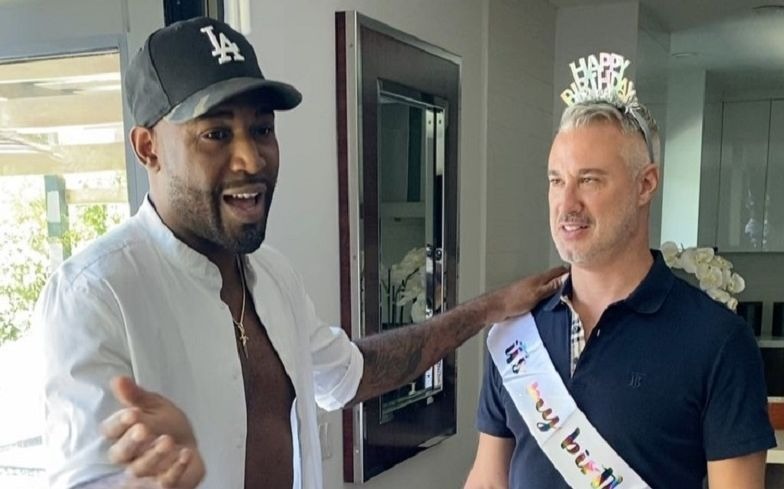 The Queer Eye star said the lockdown had made him fall “deeper in love.”

Congratulations are in order again as Karamo Brown has become engaged to his fiancé, Ian Jordan, for a second time. The pair first became engaged in 2018 on Ian’s birthday.

During the lockdown the couple’s love grew deeper, so Karamo proposed once again. Writing on Instagram, he wrote: “I’m Engaged… Again!

“During this Quarantine I have fallen even deeper in love w/ my fiancé @theianjordan so on his bday / which is also our anniversary I proposed again.

“Our wedding has been canceled/postponed like so many other people but I still wanted to celebrate our love. I love you Sugah!”

In the video, Karamo said: “I realised how much I love you. We were supposed to be getting married because of corona and also you lost your engagement ring, so I decided to ask you again.”

A tearful Jordan accepted the proposal.

The news was celebrated by many in the comments, with Karamo’s fellow Queer Eye host Tan France writing: “AAWW, CUTE” and trans activist Billie Lee writing: “And I’m crying. Oh my god! Congrats a million times. Your love inspires me so much.”

It was announced earlier this week, that Season 5 of Queer Eye would arrive on Netflix on 5 June, and this time, they’re take their message of self-love and inclusivity to Philadelphia.

Related: Karamo Brown says we shouldn’t use the phrase “coming out” anymore