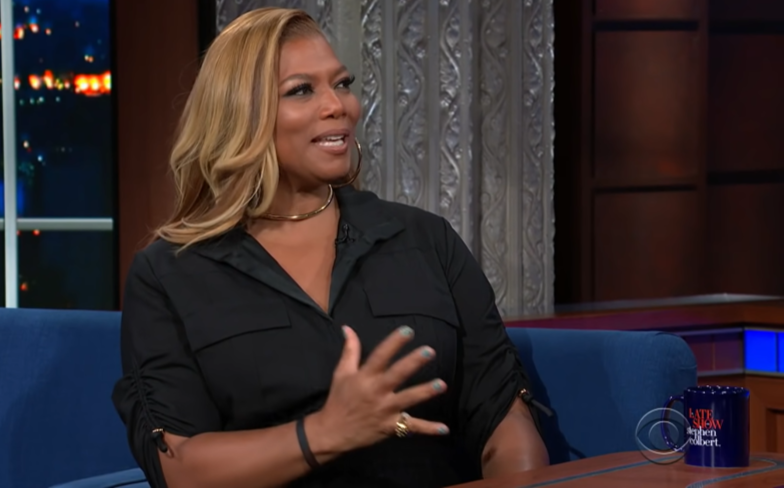 The rap icon has been famously quiet about her personal life.

During an episode of Red Table Talk, an online talk show hosted by Jada Pinkett Smith, the stars of Girls Trip discussed their celebrity crushes. Most of the girls went for traditional names like Henry Cavill and Will Smith, and maybe some unconventional names, like Calfironia Governor Gavin Newsom.

But when it came to Queen Latifah, she admitted that her crush was a Brazilian supermodel. “I like the girl. She’s a Brazilian model,” she explained. Jada then interjected to confirm that she was referring to Adriana Lima, affirming that she was a “cutie.”

Latifah then said: “Oh yeah, that’s my crush” before putting on a sultry voice and saying: “She’s mmm, that kinda mmm!”

She added: “Yeah, she got fire. I like her. That’s my girl right there.”

Co-star Tiffany Haddish then interjected to say that her female crush was legendary actress Meryl Streep.

Queen Latifah has been famously quiet about her personal life, as is her right, but that hasn’t stopped plenty of rumours floating around, and she was even profiled by the Equality Forum for LGBTQ History Month.

Whether this is Queen Latifah coming out in a low-key manner, or simply expressing appreciation for another woman is unclear, but the moment is sure to delight her LGBTQ fanbase.

Queen Latifah rose to fame as a rapper in the late 80s / early 90s, and she’s sold nearly two million records worldwide. Her success has led to her being dubbed the ‘Queen of Hip-Hop’ and in 2006 she became the first hip-hop artist to receive a star on the Hollywood Walk of Fame.

Outside of music she has had a successful acting career, including LGBTQ roles in Set It Off and Bessie, the latter earned her an Emmy Award. She has also starred as Ellie in the Ice Age franchise, Sasha Franklin in Girls Trip and Carlotta Brown in the TV series, Star.

She also slayed as Ursula in a TV performance. Don’t believe us, watch her here.