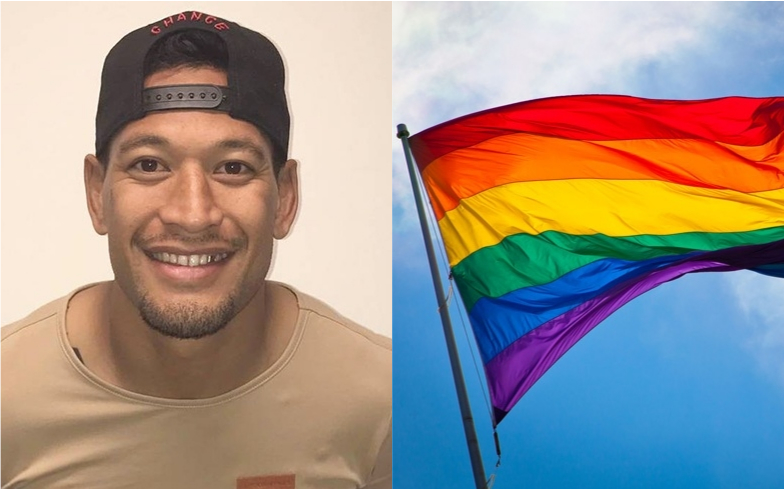 The controversial player made his debut last night (15 February).

Last month, it was announced that the Catalan Dragons had signed Israel Folau, who had been fired from Rugby Australia after a string of homophobic remarks.

The decision was met with widespread criticism, including from former Wales rugby captain, Gareth Thomas.

“People work really hard promoting those values and this signing and the lack of being able to stop it by the RFL and Super League is a slap in the face to all those people’s hard work.”

At Folau’s debut yesterday, some fans tried using their “right to respond” and unfurled rainbow flags as a protest, however, security approached them and had them remove the flags.

In a tweet, Chris Grey, the brother of one of the protesters wrote that the decision made by security was “absolutely disgusting.”

“Catalan have signed a known homophobe who cannot be registered to play rugby in Australia, and are now acting like this. Action must be taken. It is unacceptable.”

His sister, Alison, added: “I was twice asked to remove it. Firstly as I was told it was against health and safety. Secondly because it is against club policy.”

Alison noted that flags for the Catalan Dragons were allowed to be flown during the game.

Another man was made to remove his rainbow flag, which had been draped over a railing. The security official said that the flag was obscuring part of an advertisement.