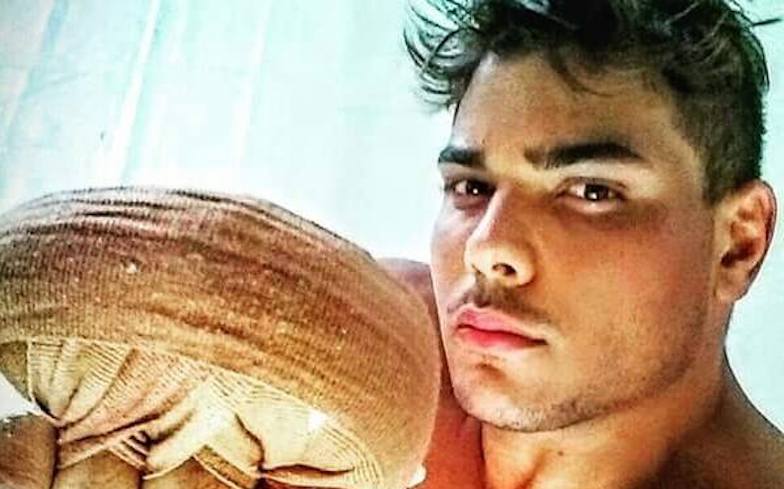 “I wouldn’t even need much time. Just a few minutes.”

In a recent Facebook video – which has now been deleted – Costa said: “I would love it if this Fallon Fox fought a man. A well-prepared fighter.

“In fact, I’m making myself available to fight him for free, just so I can beat him up. I wouldn’t even need much time. Just a few minutes.”

Costa continued to misgender her, and slated her decision to fight against other women: “He was born a man, and he is a man, even though he calls himself a transsexual. He has simply annihilated the girls who have fought against him. They were slaughtered, they put their lives at risk, they put their physical integrity at risk.”

Despite deliberating misgendering Fox, Costa wanted fans to know that he isn’t hitting out against LGBTQ people: “I don’t want to get into the personal aspect of his choice, to be transsexual or not, homosexual or not. What happens here is that a man is fighting against girls, against women, as if he were one.”

No. It's not #FCF yet. Just happy that I'm keeping that weight down 2 be prepped for the next thing! #AlwaysWorkinIt pic.twitter.com/ERZh5OwyW4

Since Fox’s transition in 2006, she has received backlash from other MMA fighters.

In 2013, Rhonda Rousey said: “She can try hormones, chop her pecker off, but it’s still the same bone structure a man has. It’s an advantage. I don’t think it’s fair.”

UFC heavyweight Matt Mitrione called Fox a “lying, sick, sociopathic, disgusting freak” and that it’s an “embarrassment to us as fighters, as a sport, and we all should protest that.”

Upon coming out as transgender, Fox told TIME magazine that she expected the negative feedback: “I’m not surprised at all. It’s part of our history as human beings. People that we don’t understand, we always try to make fun of, of sensationalize.”

Fox’s journey was chronicled in the 2015 Netflix documentary Game Face. The film followed her coming out process with the support of her friends and family, and her life during the MMA controversy.