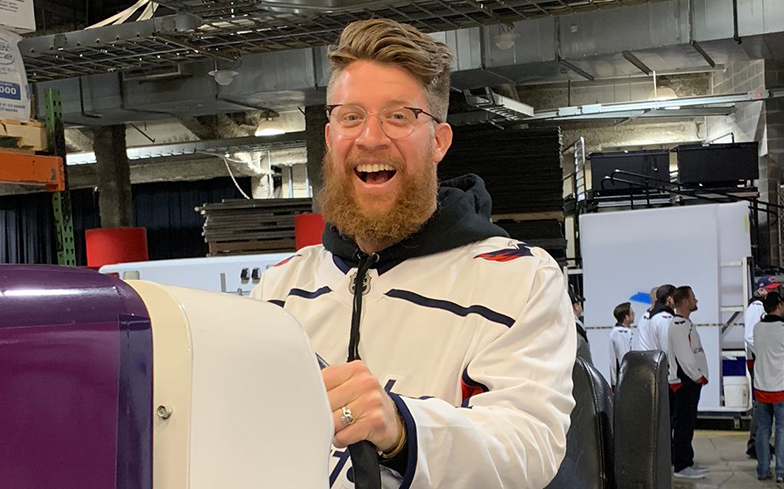 A professional baseball player has refused a visit to the White House because of his relationship with the LGBTQ community.

Sean Doolittle, pitcher for the Washington Nationals, was invited to Donald Trump’s lair for a ceremony with his fellow teammates and declined. His wife has two mothers, and he didn’t want to compromise his progressive views.

Speaking to The Washington Post, Doolittle explained: “There’s a lot of things, policies that I disagree with, but at the end of the day, it has more to do with the divisive rhetoric and the enabling of conspiracy theories and widening the divide in this country.

“My wife and I stand for inclusion and acceptance, and we’ve done work with refugees, people that come from, you know, the ‘shithole countries.’ I want to show support for them. I think that’s an important part of allyship.”

Doolittle said he doesn’t want to “turn his back” on the LGBTQ community, as well as those who are disabled because his brother-in-law is autistic. He recalled Trump’s ignorant and tone-deaf impersonation of a disabled reporter on live television.

He concluded: “People say you should go because it’s about respecting the office of the president. And I think over the course of his time in office he’s done a lot of things that maybe don’t respect the office.”

Doolittle has supported various campaigns and donated to several charities throughout his career. In 2015, Doolittle and his girlfriend at the time, Eireann Dolan, raised $40,000 and donated the money to local LGBTQ groups.

Earlier this year, GLAAD – the world’s largest LGBTQ media advocacy organisation – revealed that over the past 976 days, there’s been 125 attacks (either in rhetoric or policy) on the LGBTQ community from the Trump administration.

“From the moment that President Trump was sworn in, LGBTQ people were erased from White House, Department of State, and Department of Labor websites and he has been targeting the LGBTQ community ever since,” GLAAD explained.

“We have seen egregious attacks on the transgender community including ongoing efforts to ban transgender soldiers from openly serving in the military and revoking non-discrimination protections for transgender youth at school.”

“There is a systematic and sinister erasing of LGBTQ protections and policies happening at the hands of this Administration,” said Zeke Stokes, Chief Programs Officer at GLAAD.

“Now more than ever, it’s vital LGBTQ Americans and marginalised communities raise their voices and tell their stories. The LGBTQ community will not go into hiding, and we will not be silenced.”

All of this makes Trump’s recent claim that he’s “done very well” with the LGBTQ community seem even more ridiculous.