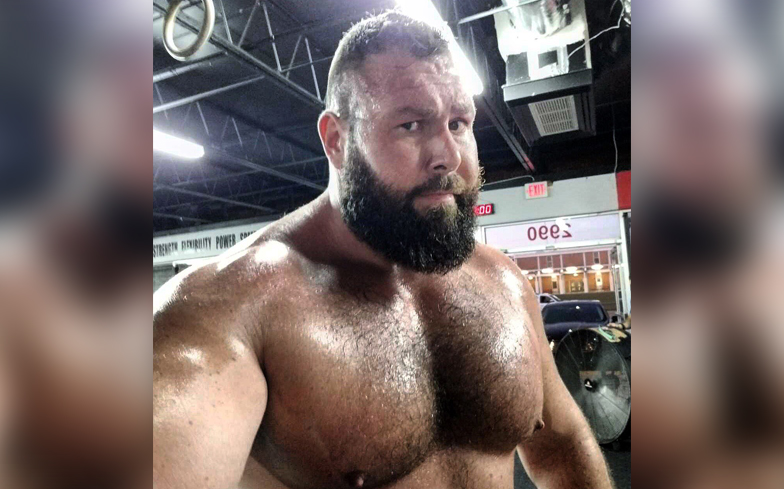 Pro wrestler Mike Parrow has started his new year as an openly gay man, after publicly coming out at the end of 2017.

The US athlete explained that the lack of gay role models during his upbringing made it difficult to understand and face his own sexuality.

“First, I was Catholic, so I went to Catholic school my whole life,” he told Good Morning Britain. “My mum was very Catholic, and there was never any talk or anything about being gay. It was just never brought up.

“As a kid, I had no role models whatsoever to look up to,” he added. “I was like, ‘There’s no way that there are other people like me. I am all by myself.'”

But when Mike gathered the courage to come out, the reaction wasn’t what he had hoped for – especially within the gay community.

“When I first started to come out, I had really negative experiences,” he said. “There was a lot of rejection because I thought, ‘Oh, guys are going to love me’ – no, they did not love me whatsoever!

“I never understood that because it’s not usually like that in the heterosexual world – you know, you meet people at bars, you talk to them and are like let’s go on a first date.

“Well, in the gay world it’s not like that all the time. But I did not know that. So I had a lot of rejection at first, so I was like, ‘I don’t want to be gay.'”

Mike also admitted that it was attending conversion therapy to be “cured” of homosexuality which made him face the fact he is gay.

“It was the first time I heard people had the same feelings that I did,” he explained. “Being there, I realised I am gay and that is not going to change.

“One of [the therapy’s] premises is that it’s a choice – it’s not a choice. You’re born this way. So right there, that’s a flawed philosophy. I’m not a doctor and I can’t prove that but I can tell you why I know [gay conversion therapy does not work].”

Mike now hopes to achieve his dream of being signed up by WWE and one day competing in the ring at WrestleMania.