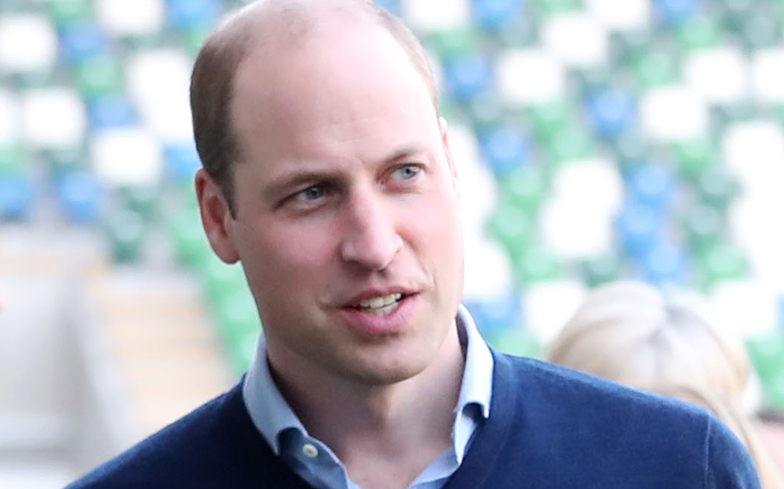 Prince William has said it would be “absolutely fine” if one of his children was gay.

During a visit to the Albert Kennedy Trust, a charity that helps homeless LGBTQ youth, the Duke of Cambridge was asked by a young gay man – who asked not to be identified – how he would feel if one of his own children came out as gay.

“I’ve been giving that some thought recently because a couple of other parents said that to me as well. I think you really don’t start thinking about that until you are a parent, and I think – obviously, absolutely fine by me,” William said.

“The one thing I’d be worried about is how, particularly the roles my children fill, how that is going to be interpreted and seen. So Catherine and I have been doing a lot of talking about it to make sure they were prepared.”

He continued: “I think communication is so important with everything, in order to help understand it you’ve got to talk a lot about stuff and make sure how to support each other and how to go through the process.

“It worries me, not because of them being gay, it worries me as to how everyone else will react and perceive it and the pressure is then on them.”

William, who has three children, made the comments as he spoke to a group of young people who are currently being supported by the LGBTQ charity.

He also took part in a discussion with several Albert Kennedy Trust ambassadors, including 28-year-old trans man Faz Bukhari, who asked him: “What would you think about it if one your children was LGBT?”

“I wish we lived in a world where it was really normal and cool, but for my family, in the position we’re in, that’s the bit I’m nervous about.

“I fully support whatever decision they make, but it does worry me how many barriers, hateful words, persecution, discrimination that may come. But that’s for all of us to try and help correct and make sure we put that to the past.”

Ahead of the annual #PrideinLondon parade, The Duke of Cambridge visited @aktcharity to learn about the issue of LGBTQ+ youth homelessness, and the positive change that akt are enacting through their unique prevention and early action approach. pic.twitter.com/seYAKw8ASq