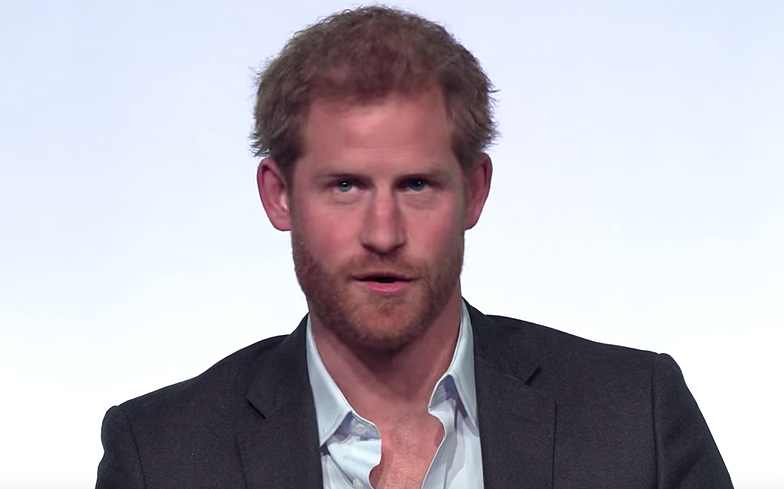 In a powerful speech at the International AIDS Conference in Amsterdam, Prince Harry has called on everyone to put an end to the “deadly stigma” that surrounds HIV.

The Duke of Sussex was speaking at the launch of his new new charitable group, which he has created with the help of Sir Elton John.

The MenStar Coalition is a billion-dollar global collaboration between organisations to ramp up the fight against HIV/AIDS.

It is made up of the Elton John AIDS Foundation, the US Government’s PEPFAR programme, Johnson & Johnson, Gilead, and the Bill & Melinda Gates Foundation.

During a speech to 15,000 delegates, Prince Harry paid tribute to Sir Elton and all of the great work he has done so far.

“I am honoured to be sharing the stage with someone who has always put people at the centre of his work, Sir Elton John,” the Prince said, according to AFP.

“For over a quarter-century, Elton has worked tirelessly to fund research and services in communities around the world.

“We succeed when we put people at the heart of our strategies – when we harness the huge potential of people living with HIV to help guide the delivery of services; when we create platforms for young people to shape and direct the services they rely on.” – The Duke at #AIDS2018 pic.twitter.com/1UpkR6XG8h

“And today, he has come to Amsterdam to announce his latest endeavour, a billion-dollar global partnership to break the cycle of male transmission of HIV, particularly in sub-Saharan Africa.”

One of The MenStar Colaition’s first projects will be to launch a new HIV self-testing programme aimed at young men in Kenya.

“The progress we have fought so hard for is at risk from a dangerous complacency,” Prince Harry said.

“Too many around the world are still ignoring the damaging knock-on effects on education and other community services for not prioritising HIV prevention and treatment.”

Speaking about the formation of The MenStar Coalition, Prince Harry said the group is prepared to perform “the tough but essential work of truly changing mindsets.”

Related: Prince Harry says people should go and get tested for HIV in memory of Princess Diana

He added: “Inspired by the growing alarm of the rate of new HIV infections among young women, this campaign is bravely tackling the root of this problem – the lack of awareness of HIV prevention amongst hard-to-reach young men.”

The Prince finished off his speech by calling for the destruction of the “deadly stigma” that still surrounds HIV, asking people to continue “calling out the prejudice that is still there.”

Taking to the stage, Sir Elton John told delegates that despite massive progress in recent years, there is still very much to do in the fight against HIV and AIDS.

“Young people are the only age group where HIV infections are rising, not falling,” he said.

“We have to do much, much more to bring men, especially younger men more fully into the fold.

“Much work has been done to protect women and girls but we can’t solve the whole problem if we are only addressing half the situation.”

Sir Elton added: “If we want to win this fight, if we want to end AIDS once and for all, we must make men part of the solution.”

Watch the launch video for the MenStar Coalition below: