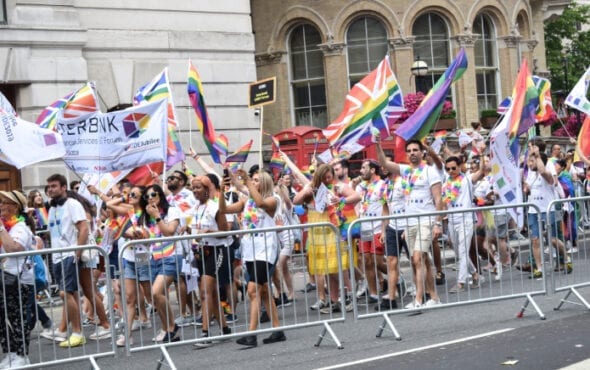 Pride in London has released a statement following allegations of racism and bullying within the organisation.

Back in March, all 10 members of the community advisory board quit and accused Pride in London of creating a “hostile environment” for people of colour volunteers, which they echoed further in a resignation letter.

“It is our view that Pride in London has acted less as custodians of a sacred event that champions the rights of all in our community, and more as a personal project of a privileged few,” they wrote.

“At this point, it is clear that there is no desire from Pride in London to take onboard recommendations by the CAB or the wider community.”

Their resignations came a day after Pride in London’s most senior Black volunteer, Rhammel Afflick, quit his role and admitted that he’s lost confidence in their ability to “successfully address the adversities faced by our multi-faceted communities.”

There’s since been overwhelming demand for new leadership within the non-profit organisation, which is responsible for the UK’s largest Pride march.

In a statement released on Thursday (13 March), a representative said Pride in London has “listened to and engaged with individuals, community groups and allied associations who shared with us their experiences, hurt and also support.”

The organisation then issued an apology to “those persons who have experienced racism, bullying or any other form of discrimination whilst volunteering with us, as well as our shortfalls in acting swiftly to recognise and resolve these issues.”

As part of their commitment to being “actively anti-racist,” Pride in London has announced the PROUD OF PRIDE plan, in which it will diversity its leadership team so that it is “at least 50 per cent representative of minority and ethnic voices”.

To support their volunteers at Pride, the organisation will introduce a new suite of policies including “discriminatory, complaints, disciplinary and a code of conduct with zero tolerance towards micro aggressions” and will “elevate minority and ethnic voices.” Christopher Joell-Deshields, Executive Director of Pride in London, said the past few weeks have been “challenging and personally painful” for him as a queer Black man.

“I know that racism not only chips away at Black Lives daily in society but there is also a level of racism that exists within the wider LGBT+ community that remains a problem, and has to be addressed collectively,” he said.

“Picking up the mantle of leadership to deliver transformative change is no easy task but it is one I feel truly proud of and optimistic about. As Pride in London moves forward we will continue to listen and create a space that values diverse views and incorporates these into its culture, processes and decision making.

“The leadership team will drive the dynamics of a cultural change that uproots all forms of discrimination. I want queer people of colour to feel safe, be seen, be heard, be respected and be celebrated within the organisation.”

You can view Pride in London’s full statement here on their website.