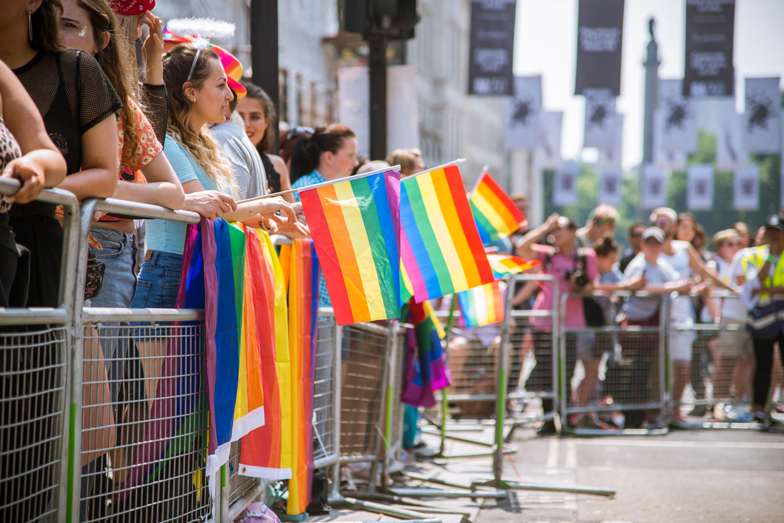 Pride in London have announced their official theme for 2020.

In a time where LGBTQ communities feel more divided than ever, the theme You! Me! Us! We! highlights the need for people to be allies to all parts of the initialism in an attempt to “heal rifts between groups”.

Elsewhere, more than one in four (26%) bisexual women and almost one in five (18%) bisexual men have experienced discrimination from other LGBTQ people, alongside more than a third (36%) of trans people.

Pride in London is calling on communities to share the stories and moments that define allyship for them, showing why it’s important, and the opportunities it brings for individuals, groups and communities.

You can find out more about this year’s theme and share your stories here.

“Pride in London’s 2020 theme #YouMeUsWe is a rallying cry to the LGBT+ community,” says Tom Stevens, Director of Marketing for Pride in London.

“No matter your identity, it calls on each of us to reach out, understand and support one another, demanding us to be better allies within our own community.

“Historically, the Pride movement was built on a core foundation of us standing up for one another.

“As LGBT+ people, especially those from marginalised communities, continue to come under attack from many sides, this allyship is as important now as it has ever been.

“It’s down to all of us to celebrate identity, and make sure Pride in London is a pride for everyone. It’s down to You, Me, Us, We.”

Pride in London have also released a powerful video to accompany the theme announcement, which you can watch here or below.