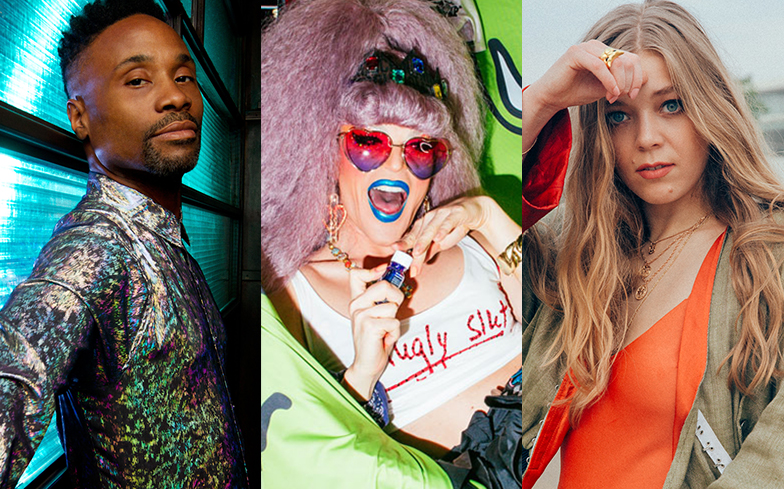 Pride in London have announced the lineup for this year’s celebrations.

The annual event, which is set to take place on Saturday 6 July, welcomes millions to England’s capital city to celebrate the LGBTQ community, and this year sounds like it’s going to be better than ever.

Over 100 performers and famous faces will entertain Pride-goers across several stages – the Trafalgar Square Stage, the Women’s Stage in Leicester Square, the Cabaret Stage on Dean Street and the brand new World Area stage in Golden Square.

Over at the Women’s Stage, expect to see Sinitta, Four of Diamonds, Heather Peace, SuRie, Toya Delazy, The Voice finalist Lauren Bannon aka Lloren, as well as Pride’s Got Talent competitors including Saachi, Ina Shai and Amber Dee.

The Cabaret Stage at Soho’s Dean Street will feature a number of exciting acts including the finalists of Drag Idol 2019; Drag Syndrome, the world’s first drag troupe with Down syndrome; and Drag Race contestant Charlie Hides.

“Our ambition is always to showcase and give a platform to all the incredible and diverse LGBT+ artists and performers our city has to offer, alongside some incredible leading performers from across the international music scene.”