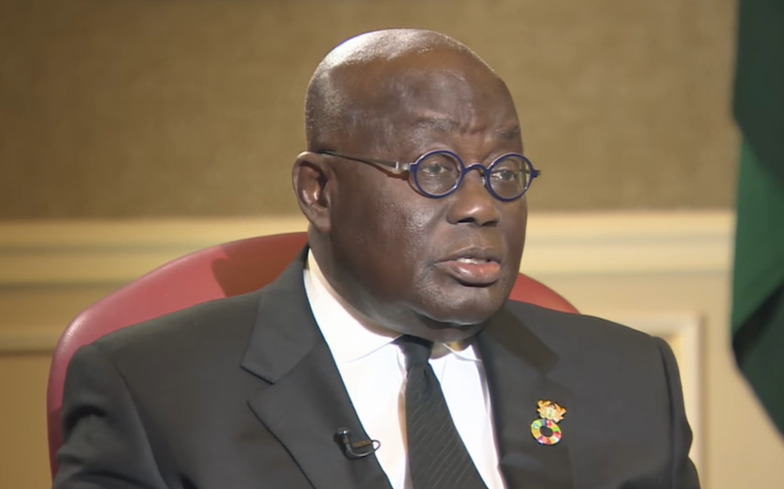 It’s a reversal from previous comments in which he said the country was “bound” to decriminalise homosexuality eventually.

The President of Ghana, Nana Akufo-Addo has said in a speech, delivered to the 2018 Synod of the Global Evangelical Church, that he has no plans to decriminalise homosexuality.

Homosexuality is illegal in Ghana and can be punished by up to three years in jail. Meanwhile, human rights activists say that people in the country are encouraged by the media and religious leaders to attack members of the LGBTQ community.

Answering a question from the Rt. Rev. Setorwu Kwadzo Ofori, on whether Ghana would bow to international pressure and remove its ban on homosexuality, Akufo-Addo said: “The Church and the Government have to work together since we have the same aim.

“There should be no doubt in anybody’s mind that the men of God have the moral authority to hold the political leadership to scrutiny. It is important that we do not debase the principles we purport to uphold.”

Akufo-Addo then added: “I do not hesitate to state openly that I am a Christian in politics, and will continue to be so, a politician who is deeply influenced by Christian values… let us join hands together and build the happy and prosperous Ghana we all want. It is well within our reach.

“And, let me assure that this Government has no plans to change the law on same-sex marriage. We have no authority, and we will not seek any authority to do so.”

Politicians and the media in Ghana frequently say that the decriminalisation of homosexuality and the introduction of same-sex marriage are the same thing. Sadly, Akufo-Addo’s comments are a backtrack from previous comments he made, where he seemed more liberal towards the decriminalisation of homosexuality.

Speaking to Talk to Al Jazaeera last year, before he became president, he reflected on growing up in Britain when homosexuality was illegal over here.

“I lived there at a period when among British politicians it was anathema to even think about changing the law,” he said. “But the activities of individuals and groups and a certain awareness grew and grew stronger, and it forced a change in law.

“I believe those are the same processes that will bring about changes in our situation.”

However, he conceded that he didn’t believe that there was a “strong current of opinion” in favour of the move, and so it wasn’t on his “agenda.”