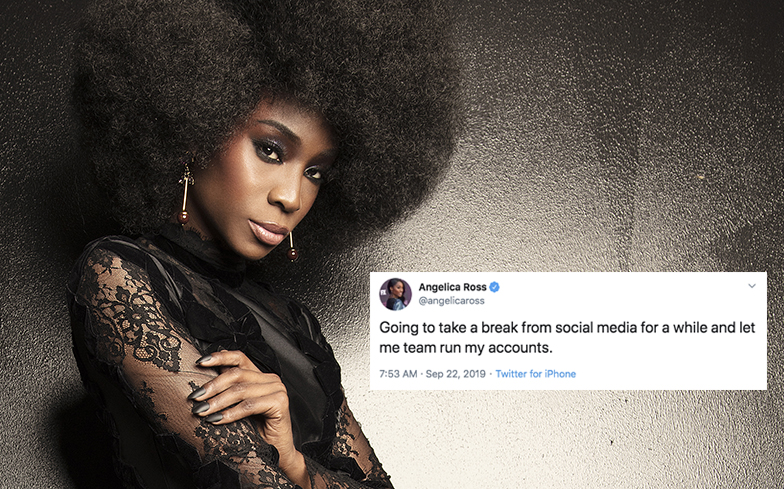 The actress and trans activist – who’s starred in groundbreaking LGBTQ series Pose and American Horror Story – tweeted that she was “going to take a break from social media for a while and let [my] team run my accounts”.

The forum saw presidential candidates quizzed about their plans to push forward LGBTQ equality, but one noticeable absence was Democrat Bernie Sanders, who’s been a longstanding supporter of LGBTQ rights.

“I was disappointed to hear this was not the only LGBTQ event Bernie was making other commitments for. You don’t show up for both of our LGBTQ events? That’s obviously telling us all we need to know,” she told The Guardian.

She went on to say Bernie’s decision to not attend the LGBTQ forum was “a huge misstep” and accused him of seeking photo opportunities, adding: “I’m not here for any of the excuses.”

Following her comments, a number of Bernie’s supporters criticised her decision to call out Bernie, and highlighted the support he’s given to the LGBTQ community throughout his political career.

“Very disappointed about the insinuations you have been making that Bernie is not an LGBTQ ally,” wrote one Twitter user, while another added: “Ms. Angelica Ross hasn’t done her homework and has the audacity to give marks.”

Elsewhere, Angelica also faced backlash from Trump supporters, as her opening statement at the LGBTQ forum saw her accuse the current administration of “harming transgender Americans” including revoking trans healthcare and protections.

Several users accused her of lying and used transphobic rhetoric in replies to the speech on Twitter, with some misgendering her. The morning after, Angelica tweeted that she would be stepping away from social media.

We’re keeping our fingers crossed she comes back soon.