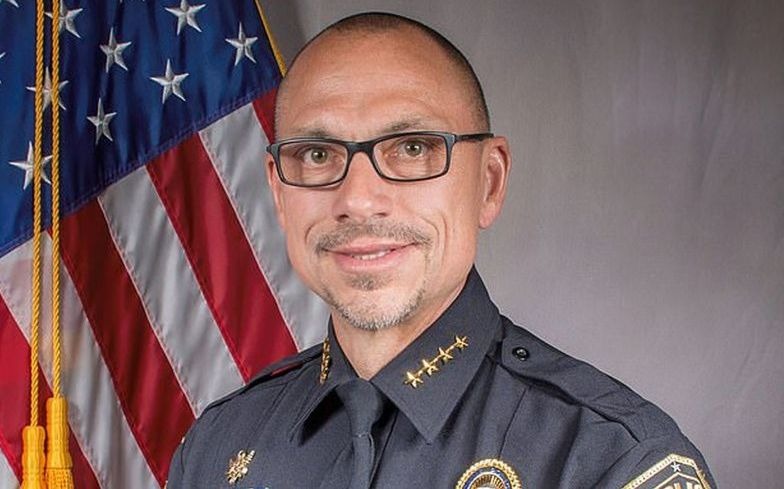 He claimed the deputy had been attending “homosexual ‘sexual’ events.”

A police chief, Dale Engle, who claimed that a deputy who died from coronavirus got the disease because of his sexuality has been placed onto administrative leave. He is now under investigation for his comments.

Engle is alleged to have gone on a homophobic rant after Deputy Shannon Bennett, 39, a gay police officer, who was due to get married later this year, died from the illness. Bennett was a deputy in the Broward Sheriff’s Office and had been part of the force for 12 years.

A letter, sent to the Davie administrator Richard Lemack, from the Florida State Lodge Fraternal Order of Police Labor Council Committee, and seen by the Miami Herald said: “He [Engle] intimated that it was because of the homosexual lifestyle that Deputy Bennett first contracted a serious underlying disease which aggravated the Covid-19 virus and lead to his death.”

The letter details that after other police enquired about their safety from the coronavirus, and whether their healthcare would cover it, Engle “allegedly yelled about a ‘backstory’ which proclaimed that Deputy Bennett contracted and died from the virus because he was a ‘homosexual who attended homosexual sexual events.'”

Officers claimed that Engle then lined them up, like they were in police academy, to undergo an inspection.

Michael Tucker, the chief of staff for the Fraternal Order of Police, said: “Multiple officers expressed shock at the way that the chief not only conducted the briefing but obviously of his remarks, which left most of the officers speechless.

“Really utter shock that the chief would attempt to minimize the risk to everyone and especially first responders by trying to draw a link between what happened to Deputy Bennett tragically and his sexual orientation.”

Jonathan Frey, Bennett’s fiance, said in a statement: “The Chief’s alleged comments are completely false, homophobic, and slanderous. I look forward to the fair and impartial investigation initiated by the Town Manager, and I hope that appropriate action will be taken at its conclusion.”

In an email to officers, Engle attempted to backtrack from his comments, writing: “I made comments concerning the death of BSO Deputy Bennett as reported in the local media. These comments were relative to COVID-19 and personal protective equipment.

“My intent was to provide as much information to personnel as possible. If my comments were taken out of context, they were not intended to be derogatory.”

Orlando Gonzales, the executive director of LGBTQ organisation SAVE, said that Engle took the decision to “fuel discrimination and stigma against LGBT people instead of focusing on addressing the health and safety of the police officers serving on the front line of a public health crisis.”

He added: “Chief Engle’s approach to addressing the safety concerns of the police officers that serve under his command is exemplary of someone that is unfit for the Chief of Police role. It’s clear that the actions he takes and speaks are homophobic and toxic for the workplace.

“We have learned that the coronavirus does not discriminate who is infected and Chief Engle chose to make the death of BSO Deputy Shannon Bennett an opportunity for him to fuel discrimination and stigma against LGBT people instead of focusing on addressing the health and safety of the police officers serving on the front-line of a public heath crisis.

“His leadership and priorities are misaligned for a person in public safety.”

Related: Is the coronavirus disproportionately impacting the LGBTQ community?