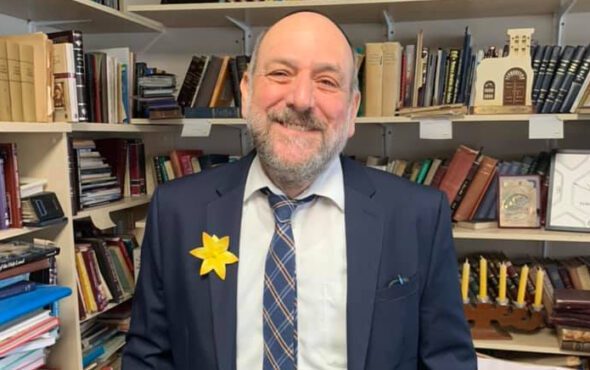 Poland’s chief rabbi has spoken out against the country’s harmful “LGBT-free” zones in a new statement.

During a panel discussion for The Aguda’s Pride in the Living Room series, rabbi Michael Schudrich said that discriminatory zones are against an array of Jewish laws.

“As far as I can tell, creating “LGBT free” zones is against the Halacha,” he said. “Every Jew should know that they are welcome, and if that someone tells them they are not welcome, that person is incorrect.

“Yes, we have differences, so what? Creating Jewish unity is not about agreeing about everything, it’s about celebrating that we are all Jewish together.”

Fifty countries from around the world have protested the bill by signing an open letter calling on the European country to “protect all citizens from violence and discrimination and to ensure they enjoy equal opportunities.”

Schudrich went on to say that it’s not his “role” to judge others, stating: “That is God’s responsibility… I got enough to do, I don’t have to do God’s job. I’d like to give him – or her – some of my work.”

The chief rabbi also called out other Jewish people who have not opposed the anti-LGBTQ+ towns and legislations.

“We Jews always complain that when we suffer anti-Semitism, the non-Jews don’t stand up for us. So that means we have a special responsibility to stand up for anyone being discriminated against,” he said.

“Anything that is a violation of civil rights, anything that’s demeaning to a human being is wrong.”

Rabbi Schudrich isn’t the only Jewish leader to condemn the anti-LGBTQ+ zones.

Back in 2020, the Board of Jewish Community of Warsaw wrote a letter slamming the hateful policies, stating: “We have observed politicians… cynically undertake to foment hostility and hatred towards LGBT persons.

“We Jews – the descendants of Holocaust survivors – cannot and will not remain indifferent to words that would dehumanize LGBT persons.”