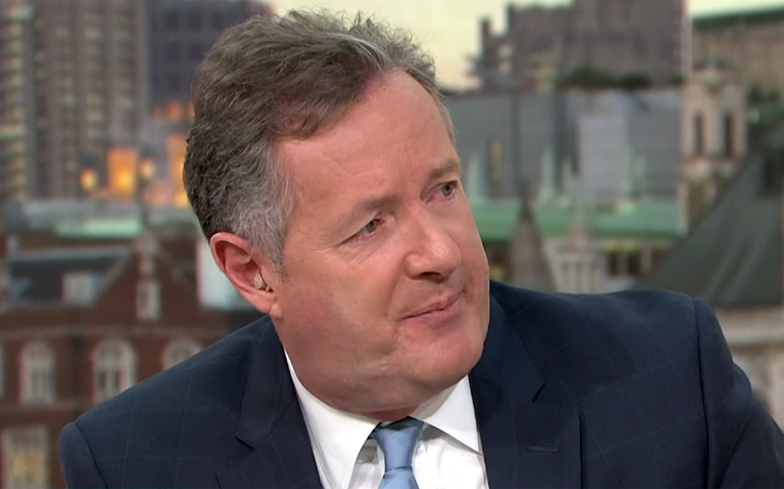 After a long hiatus from Good Morning Britain, controversy-courter Piers Morgan returned to join co-host Susanna Reid in their brand new studio on Monday, and it didn’t take long for him to bring up his favourite talking point.

While interviewing scientist and TV presenter Professor Robert Winston, Piers couldn’t help but question him about his thoughts on transgender people and gender-fluidity, topics which he’s caused outrage over in the past.

“I absolutely think that anyone who wants to go through a process of transitioning from male to female or female to male, it’s such an incredibly difficult thing to go through, I would completely support people who do that,” he said.

“What I have a real problem with is this whole opting out of gender, being gender-fluid, waking up one day and thinking you want to be whatever you feel like.

“Is that not damaging to society, if we allow everyone to self-identify how the hell they like?”

Avoiding the issue of gender-fluidity, Robert replied: “I can’t answer the second question, but with regards to the transgender question, I completely agree with you that support is needed.

“I think one of the problems is that we don’t really understand what is going on in the background of these people who are transgender, probably before birth.

“There are increasing evidence that there are hormonal and other influences which in fact dictate how people feel about their gender later on – not all people, but some – and I think it would be helpful to do more research in that area.”

It’s certainly not the first time Piers has caused frustration over his comments on gender identity.

Last year, the controversial host was joined on the sofa by couple Fox Fisher and Owl, who both identify as non-binary, to discuss issues surrounding gender identity.

During the debate, which ran over 10 minutes, Piers made a string of offensive comments including labelling non-binary children a “contagion” and suggesting that identifying as non-binary is just a “massive new fad”.

When informed that 48% of trans youths attempt to take their own lives, Piers claimed that only “two or three” trans people committed suicide last year, but admitted: “I don’t know if that’s true or not.”

He then went on to list a string of hypotheticals, such as: “If I turned around right now and said ‘I am a black woman’… if I decided to identify myself as a different skin colour, would you respect that?”

When they pointed out that this was a false equivalency, he replied: “You want the right to identify as you choose and we all have to respect that but you don’t want to give me the same rights to choose how I identify.”

Owl explained: “The problem is this is a hypothetical, intellectual discussion for you, but for us it’s our actual identities.”