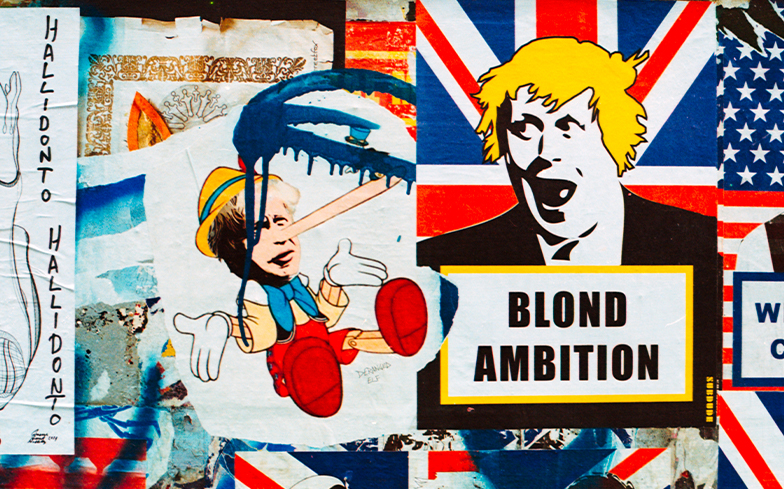 If you listen carefully, you can hear the collective sighs of a nation.

We’re nearing not just the end of another year, but the likely possibility of ending the year, not just with a sincere lack of money and no ring on my finger, but with the prospect of another general election. Yes, another one, as the infamous television icon of our time, (that elderly woman in the coat) exclaimed on TV. Now not only is a Brexit-induced election a test of our patience and willpower at the shambolic tennis match between Westminster and Brussels, but is now being turned into something rather more sinister and worrying for many, as the Tory government announced on Monday that in order to vote, all members of the electorate who wish to cast their ‘X’ must bring valid photo ID.

On the surface, this may seem like a non-issue. Just another thing to remember to bring to the polling station. However, this tactic is potentially one of the most sinister and polarising actions taken by the Boris-helmed Titanic since it set sail earlier in the Autumn. Over 3.5 million people do not have access to photographic ID in the UK, which is a huge percentage of the electorate. In the 2018 local elections, this method of verification was trialled due to the fact that they wanted to prevent personation.

Personation is identity fraud in which a person pretends to be someone else, however last year 266 cases of voter fraud were lodged, with only eight of these cases falling under the accusation of personation. What this is actually going to do is push our most marginalised groups in society who struggle to obtain a physical ID, such as trans people and specifically non-binary people, into a moral conundrum. If we don’t have a valid photo ID because we can’t obtain one that identifies us as non-binary, are we now going to have to get a binary option just so we can vote? Or stick by our moral convictions and await the government’s snail pace on the Gender Recognition Act (GRA) and hope that we can, in fact, self-identify on our photo ID, all before the inevitable general election?

The latter here is sadly something that looks to be off the cards entirely after the government last week shared they were pushing the results of the GRA ‘into the long grass’ after fears from MPs that too many young people were signing up to gender identity clinics. It’s basically a constitutional and democratic farce that isn’t just ignoring trans and non-binary people but actively telling them that unless they conform to a binary system of photo identity, they won’t be able to partake in their right to vote. The guidelines have stated that people who do not have valid ID will be allowed to register for a free print out that will confirm they are who they say they are. However this still doesn’t seem like a solution that will allow non-binary people to feel content, and only fixes potential issues for people who may not be able to afford a new photographic ID.

Related: True allyship looks like this: “It isn’t my job to explain why I should be saved from hostility”

Ellie Connor-Phillips, who is the editor and founder of 5.18 magazine spoke to me about the impact of classism here. She discussed how “many people don’t have photo ID because they can’t afford it or they are not able to afford to renew their passport or driving licence”. She also discusses the impact on asylum seekers or immigrants who are still caught up in the red tape of the Home Office: “The Home Office has not exactly been speedy with the referrals and applications of immigrants and asylum seekers for passports, so are they just not allowed to vote either?”

Earlier this year I began a petition to allow non-binary people to self-identify on passports and legal documentation. This was a real insight into the inner workings of not only the Home Office but the government, and the ways in which binary systems of gender are still perpetuated so heavily in Westminster. An insight into the draconian methods that attempt to enact change within the hallowed walls of Parliament. The fact that the government in 2017 said that allowing non-binary people to self-identify on passports would cost too much money and be too much of a logistical issue, shows that self-identification and allowing trans people the right to own such documents and exist freely is not on their priority list at all.

Since Johnson’s premiership began, his anti-LGBTQ cabinet, refusal to share when the GRA reforms will be released, and the slight issue of lying to the Queen have clearly shown the voters just what his intentions are as a prime minister. To essentially be a dictator of sorts, happy to break the law and suffer no consequences, and be embroiled in a misogynistic scandal that he knows will not impact his term. By limiting and restricting many people’s right to vote by implementing photo ID rules for the upcoming General Election, it’s ensuring that the one way in which he could suffer (by being voted out), is less likely to happen.

Although a sweeping generalisation, it seems fair to say that a large proportion of trans and non-binary voters would be more likely to vote for liberal parties, such as the Greens or Labour, therefore again by disallowing them to vote if they don’t hold valid photo ID, it can potentially push down their vote count, and ensure that large proportions of minority communities won’t be able to pledge their allegiances. However, that’s sadly not a statement we can swear our lives to, as the emergence of the UK’s most oppressed group, the cis white gay Tories, is proof that although you may be part of a minority group, it doesn’t necessarily equate to a liberal outlook.

Adding in this extra hurdle for people to vote is a truly catastrophic step for our democracy. Thirty-two per cent of the population in the 2017 election didn’t vote, and it would not be a surprise to see these figures soar now as a result of this cheap, sneaky and calculated move by the Conservative government. When we’ve had a government who have preached about democratic sovereignty for months on end over Brexit, why does that same democracy not extend down to trans and non-binary people who just want to be able to vote?