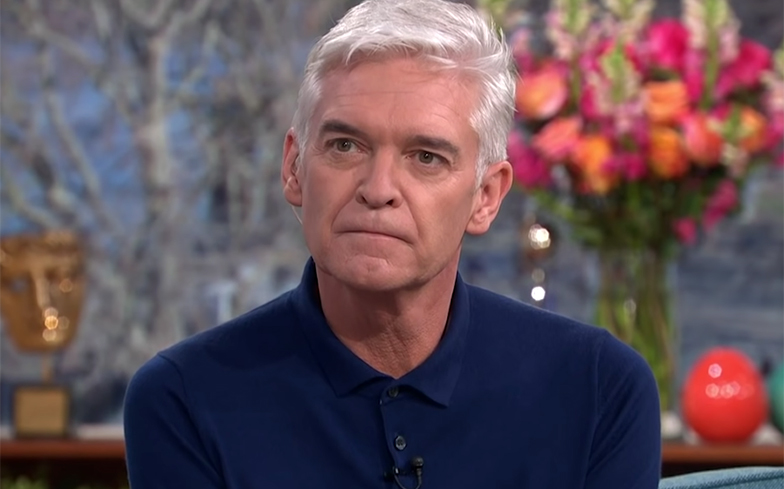 Phillip Schofield opened up about his life after coming out while accepting the Spirit Award at the British LGBT Awards.

During last night’s event (27 August), the legendary TV host delivered a heartfelt speech thanking his support system and the LGBTQ+ community for their support.

“Wow, this is a biggie. What a proud moment for me… I’ve never won any award individually. Every award you win, there’s a team that’s there propping you up and definitely, that’s the case with this one,” he said.

“I had the most extraordinary people who helped me pack the parachute before I made the jump.

“Friends and family loved ones, and then there were an amazing amount of rainbow arms outstretched to catch me when I reached the bottom of my jump. I love that, that’s something I didn’t quite know what to expect. But what a lovely family I’ve thrown myself into.”

The 59-year-old went on to apologise for not attending the awards ceremony in person, due to him being on holiday.

“Thank you. Thank you very much indeed. Life is still a work in progress but aren’t we all?” he said.

“It’s been joyous to meet the people that I have, to have heard the lovely things they’ve said to me, and to share a moment like this with you.”

Back in 2020, Schofield made headlines when he came out as gay via his Instagram stories.

“This is something that has caused many heart-breaking conversations at home. My family have held me so close: they have tried to cheer me up, to smother me with kindness and love, despite their own confusion,” he wrote.

Shortly after coming out, the presenter was greeted with supportive messages from friends, and even Drag Race and Strictly Come Dancing icon Michelle Visage.

During an appearance on the Fearne Cotton’s Happy Place podcast, he revealed that Visage gave him a valuable piece of advice after opening up to her about his fears.

“You’re beating yourself up for no reason, welcome to the club. And what’s more, you have made a massive difference to people who also didn’t realise that they perhaps could have membership to that club.”

We love to see him authentically living his life to the fullest.

It’s true! The one and only Phillip Schofield @Schofe has won the Spirit Award! We were all inspired by Phillip’s bravery in coming out on live television, with the support of his wonderful family! Congrats! pic.twitter.com/856TbmRTCe