Pete Buttigieg: “There’s no going back to normal” in fight for LGBTQ rights 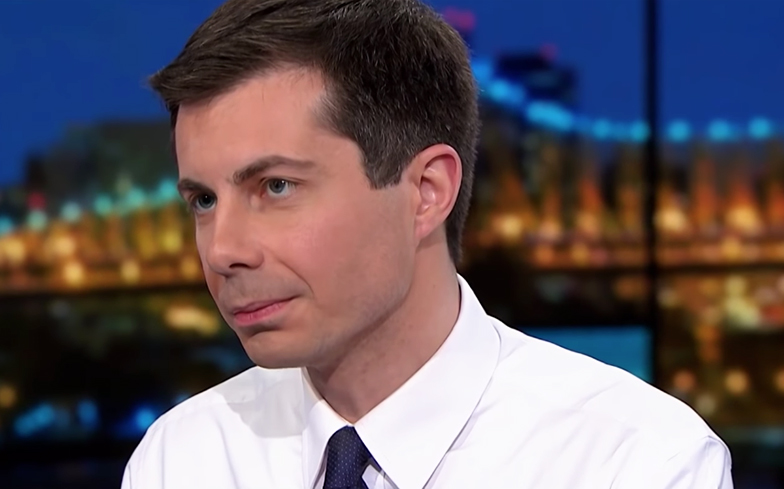 Pete Buttigieg was addressing a rally at an Iowa Pride festival.

Democratic presidential hopeful Pete Buttigieg has said that “there’s no going back to normal” when it comes to the fight for LGBTQ equality in the United States.

Addressing a Pride festival in Iowa’s capital, Des Moines, Pete said: “Don’t listen to anybody in either party who says we can just go back to what we were doing.

“We know that the struggle is not over, not even close. At a time like today when you can still be legally fired in so many parts of this country because of who you are or who you love, we have work to do.”

He also called on members of the LGBTQ community to welcome people who had changed their minds on LGBTQ rights to become more positive toward the community.

“There are millions of Americans who today are not proud of what they believed yesterday about us, but we ought to make them proud of the fact they came on to the right side of history,” he said.

And referencing Donald Tr*mp’s campaign slogan, he added: “We in the LGBTQ community know when we hear phrases like ‘Make America Great Again’ that that American past was never quite as great as advertised.” Pete Buttigieg was speaking at an event that marked the ten-year anniversary of Iowa Supreme Court’s decision to overturn a ban on same-sex marriages. He also spoke at a dinner which was held in honour of Matthew Shepard, who was murdered in 1998 in a homophobic hate crime.

Other Democratic candidates were also present at the event, with Kirsten Gillibrand serving drinks in a local gay bar, and Beta O’Rourke taking part in a 5K Pride run.

Polls published in Iowa showed that Pete Buttigieg’s popularity was on the rise. He now sits as the fourth favourite from Iowa caucusgoers, behind Joe Biden, Bernie Sanders and Elizabeth Warren.

Related: Pete Buttigieg addresses whether America is ready for a gay president