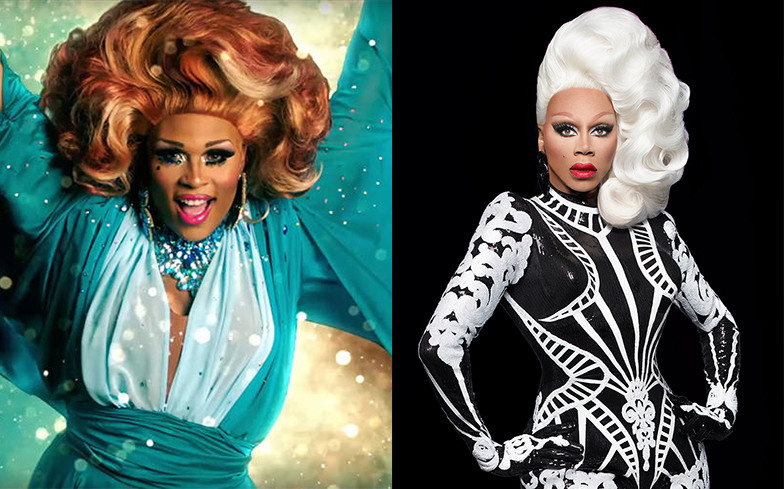 Peppermint has responded to controversial comments about trans people made by RuPaul.

During an interview with The Guardian earlier this month, drag superstar RuPaul left many fans disappointed when he revealed that he “probably [would] not” let a post-transition woman compete on the show.

He also appeared to suggest that he only considers a trans woman a ‘real’ woman once she’s physically transitioned.

“Peppermint didn’t get breast implants until after she left our show; she was identifying as a woman, but she hadn’t really transitioned,” he explained.

Many fans and former Drag Race contestants spoke out against RuPaul’s comments and in support of their trans sisters, leading to RuPaul eventually issuing a statement expressing “regret” over the hurt caused to the community.

“In the 10 years we’ve been casting Drag Race, the only thing we’ve ever screened for is charisma uniqueness nerve and talent. And that will never change,” he said, reiterating a line he himself once uttered during the show’s season five finale.

While Peppermint initially kept quiet, expressing her frustration only through a series of emoji on Twitter, she’s now addressed the controversy during an interview with Billboard. “RuPaul kicked open so many doors for queer and gender non-conforming folks and is an absolute trailblazer in the world of drag. But recently, Ru made statements I disagree with,” she explained.

“When I started my transition back in 2012, I learned a valuable lesson. I learned that absolutely no one has the ability or the right to define your womanhood, manhood or transness, but you. I also learned women should not be defined by what surgeries they have or haven’t had.”

Peppermint continued: “RuPaul issued an apology, which I think is an important step in this ongoing conversation. It shows all of us there is room for growth, education, and I’m hoping a bit of evolution.

“Trans women and women, have always been directly and indirectly contributing to the art form of drag. Like voting, driving, working, even eventually the Office of President of United States, drag evolves.

“My hope is that together, we can uplift all forms of drag, both on TV, and in the real world. Gay men do not own the idea of gender performance.

“Unfortunately it won’t be the first or last time we will hear a woman can’t do something a man can. I’m out to change that.”