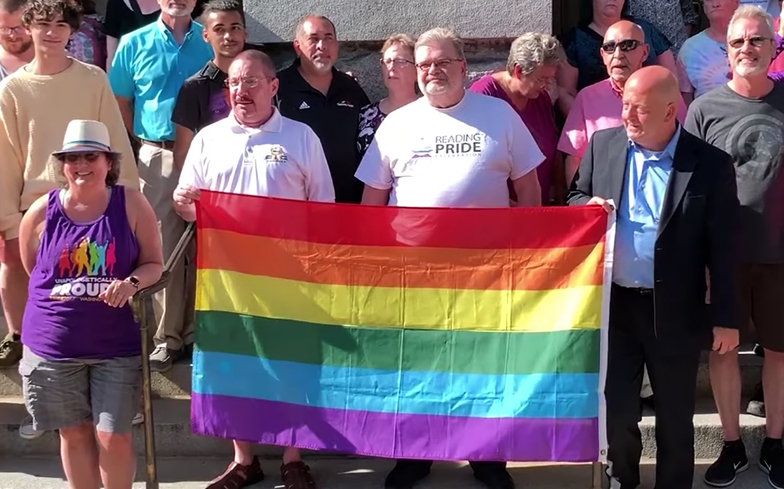 A Democratic mayor in the United States is facing backlash after refusing to fly a Pride flag.

Wally Scott, mayor of Reading, Pennsylvania, cancelled the flying of the Pride flag outside City Hall just minutes before it was set to go ahead on Monday 15 July, according to CNN. It was meant to kick off a week of Pride celebrations in the city.

He defended the controversial decision by saying that although he doesn’t have anything against the LGBTQ community, he believes raising the Pride flag would be a “political movement” – something he doesn’t think City Hall should do.

#ReadingPa was set to raise a flag to celebrate #Pride but Mayor Wally Scott said no at the last minute pic.twitter.com/9EzRf460Ei

The LGBT Centre of Greater Reading called the move “blatant, unacceptable discrimination” against the community.

“What was supposed to be a proud and historical moment in history today for the City of Reading, the LGBTQ+ community and our allies, turned into a show of blatant, unacceptable discrimination,” they wrote in a statement.

“We were told the administration doesn’t support causes. Here’s a bit of education: we are NOT a cause. We are human beings protected by an anti-discrimination ordinance in the City of Reading.

“We are your teachers; your doctors; your dentists; your mechanic; your minister; your neighbour; your daughter; your son; your colleague.”

Lieutenant Governor of Pennsylvania, John Fetterman, called on Mayor Scott to “reconsider” his decision and said he was looking toward to attending Reading Pride celebrations over the weekend.

Calling on Mayor Scott to reconsider. Looking forward to attending @ReadingPride to affirm our administration’s strong support for LGBTQIA+ community in PA.🏳️‍🌈🏳️‍🌈 https://t.co/CDADC9OgNt