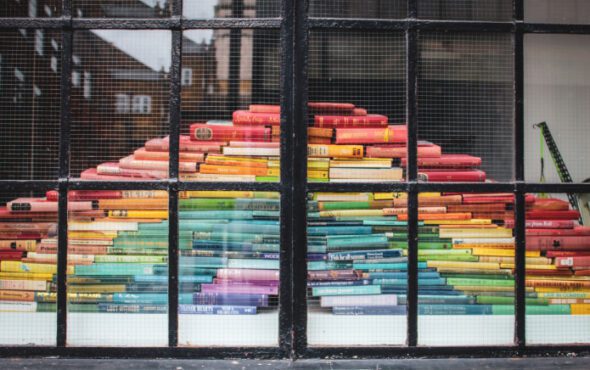 Hosted by broadcaster and Celebrity Masterchef champion Riyadh Khalaf, the evening will celebrate the joy of queer literature with a showcase of the most promising poets, comedians, influencers and authors.

Jack Rooke, the creator and writer of the autobiographical comedy Big Boys, will be in attendance.

Following its premiere on Channel 4 earlier this year, the six-part series was met with overwhelming praise from critics and viewers for its depiction of mental health and a gay-straight male friendship, as well as its glorification of British culture.

Also confirmed is model and writer Yasmin Benoit, one of Britain’s most prominent asexual and aromantic activists.

Hosted by Penguin Live in association with GAY TIMES and Above The Stag, the line-up also includes writer/illustrator Flo Perry (How to Have Feminist Sex) poet and lecturer Seán Hewitt (Tongues of Fire), and the award-winning poet Andrew McMillan (Physical).

Ahead of the event, three of the panellists wrote first-person pieces for GAY TIMES reflecting on the unique power of reading and how particular stories helped them come to terms with their identities.

Liam Konemann, whose debut novel The Arena of the Unwell releases later this year, revealed how the ‘defiant’ themes in Fight Club “served” him well on the journey towards discovering his status as a queer trans man.

YouTuber and writer Joel Rochester explained why George M. Johnson’s memoir-manifesto reminded them of their “strength and resilience as a queer Black person,” while also sharing their top five queer reads.

Finally, writer Prishita Maheshwari-Aplin – who also serves as the Digital Campaigns Lead at Stonewall – ‘revelled in the poetic artistry’ of Ocean Vuong and his critically-acclaimed debut novel On Earth We’re Briefly Gorgeous.

Penguin Pride takes place tonight at Above The Stag, Vauxhall. Tickets are now sold out but you can watch the live stream of the event here.