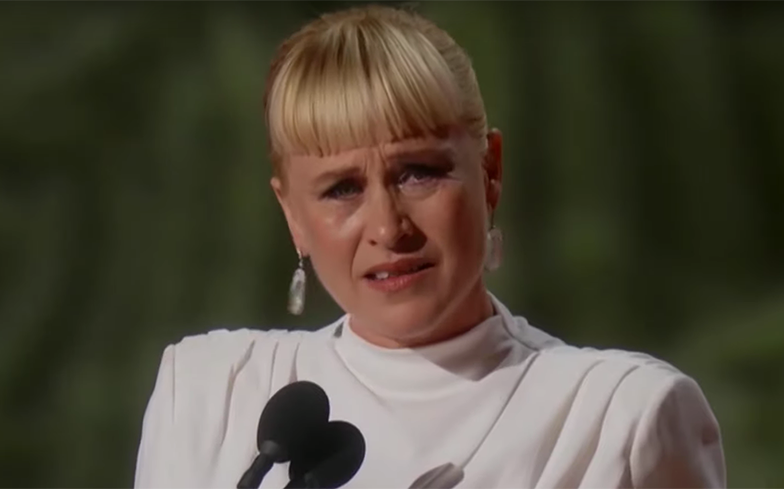 “Trans women of America have a life expectancy of 35 years. That is not acceptable.”

The American performer won Outstanding Supporting Actress for her role as Dee Dee Blanchard in Hulu’s critically-acclaimed anthology series, The Act, and took to the stage to advocate for transgender equality.

“I just have to say I’m grateful to be working. I’m grateful at 50 to be getting the best parts of my life and that’s great,” said Arquette. Her sister, transgender actress Alexis Arquette, passed away in 2016 at age 47.

“But in my heart, I’m so sad I lost my sister Alexis and that trans people are still being persecuted,” she continued.

“I’m in mourning every day of my life, Alexis, and I will be for the rest of my life for you, until we change the world so trans people are not persecuted — and give them jobs. They’re human beings, let’s get rid of this bias we have everywhere.”

“I think we can change this if we care to — and I care to. And I want to make the world a better place for all the kids of today.”

Dominique Jackson, who plays Elektra Wintour on Ryan Murphy’s critically-acclaimed queer drama Pose, praised Arquette for her advocacy. “It’s so important for someone with power like her to stand up,” she told Variety. “That is an ally.”