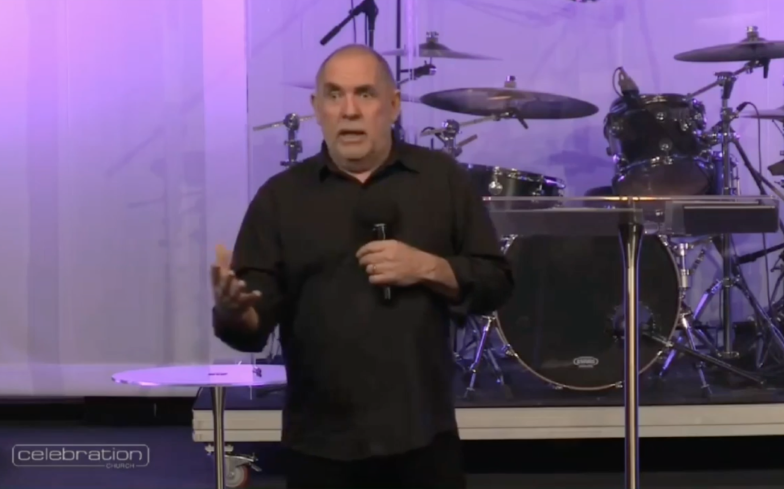 The deeply biphobic rant was delivered by Murray Watkinson earlier this month.

A millionaire pastor from New Zealand, Murray Watkinson, delivered a deeply biphobic rant in a sermon earlier this month, in which he essentially compared bisexuality to blackface.

During the sermon, at the Celebration Church in Christchurch, he touched upon the death of George Floyd in the United States, which sparked nationwide protests.

Footage obtained by Stuff showed that Watkinson started his 50 minute rant by saying: “I do want to continue to be controversial and upset people if possible.” He then went on to claim that George Floyd was a “villain” because he had served time in prison, and criticised those who had “lifted him up as a hero.”

It’s after this that he got onto his biphobic rant, raging: “What if you are brown and you’re internally divided?

“What you’ll do is you’ll choose a side, and then there are the ones who want to be bisexual – it’s like the whites that pretend to be Black or brown.

“You see them on TV – the whites that are supporting say New Zealand Māori issues – they’re nuts. They’re more Māori than the Māoris are.”

Unsurprisingly, he got bisexuality completely wrong when he claimed that bisexuals “don’t know who they are” before adding: “I reckon they’re gutless. They don’t want to offend anybody, so they’re going to go every which way.

Watkinson was condemned for his deeply disturbing rant, even from people who used to be associated with the church. Trina Watkin, a former leader, said his sermon was a “complete misrepresentation” of the message he should’ve been giving.

She also said she was “upset” as people in the church were heard laughing during Watkinson’s sermon, before adding: “This is the bigoted Murray. The difference is people have different ears on now. People are saying ‘oh no, that’s not OK’.”

An audience member, who didn’t want to be identified, said they were leaving the church because of Watkinson’s rant, saying: “He was racially inappropriate and portrayed non-whites as lesser humans and joked and ridiculed people of colour … his rant went on to include gays and bisexuals as well as transexual.

“I have lots of really good friends in that church but it won’t be enough for me to attend again.”

And just for the record, bisexuals do not ‘need to pick a side’ as their attractions are as valid as anyone else’s, and people aren’t bisexual because they don’t want to ‘offend’ anyone, they’re bisexual because they experience attraction to more than one gender identity. Also, considering it’s part of their identity, it should go without saying that bisexuals know who they are. It’s pretty basic stuff.

Related: Love is Blind’s Carlton Morton opens up about the stigmas faced by the bisexual community