Parliament to debate trans ‘conversion therapy’ ban after petition gets over 140,000 signatures 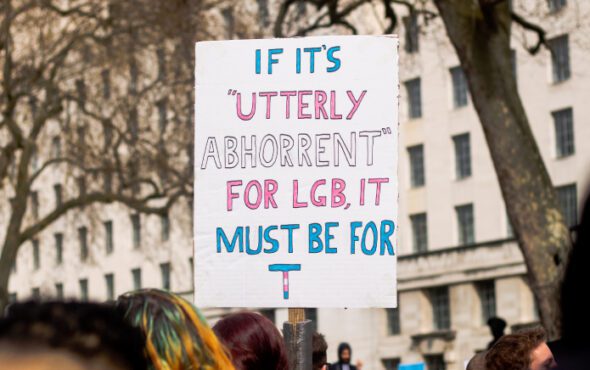 Parliament has scheduled a debate on including trans people in its restrictions on ‘conversion therapy’ after a petition on the issue got more than 140,000 signatures.

As of 18 May, it is the third most-signed open petition on the government’s official website.

At 10,000 signatures, the government was obligated to issue a response to it, which the Cabinet Office finally did on 13 May.

It previously reached the 100,000 threshold required to be considered for parliamentary debate on 11 April, which on 18 May the Petitions Committee confirmed had been scheduled for 20 June.

“It was welcome to see the Government recommit to its plans for a legislative ban on conversion therapy practices intended to change a person’s sexual orientation in last week’s Queen’s Speech,” the letter continued. “However, concerns have been expressed that – contrary to the Government’s commitments when it launched its consultation on banning conversion therapy last year – transgender conversion therapy will not now be included in the scope of the Conversion Therapy Bill, but will instead be the subject of ‘separate work’.”

There has been widespread outrage in the UK after the government’s U-turns on a comprehensive ‘conversion therapy’ ban, which has now resulted in a watered down version of what was originally promised.

Trans people are not currently expected to be offered any protections by the legislation, with the government stating “different considerations” are needed for this in its response to the petition.

Current plans would see adults still able to consent to the practice, which has been widely condemned by health experts such as the National Health Service and World Health Organisation, with only those under the age of 18 being fully protected.

Ahead of the debate, the letter called on the government to confirm three key things:

“Set out what form the “separate work” to consider the issue of transgender conversion therapy will take, and the timeframe during which this will take place;

“Confirm when the Government intends to publish its response to the consultation on banning conversion therapy – and whether further details of, and a timetable for, the planned work to consider the issue of transgender conversion therapy will be included as part of that response.”

The debate is currently scheduled for 20 June and will be opened by Colburn.