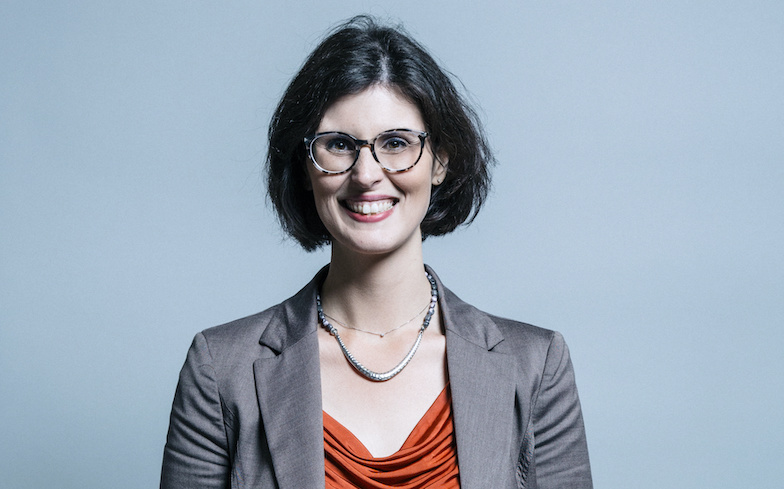 If successful, she’ll be the first openly LGBTQ leader of a political party in England.

Layla Moran, who became Britain’s first openly pansexual MP earlier this year, has announced her candidacy for the Liberal Democrat leadership race. The party needs a new leader after former leader Jo Swinson lost her seat in the 2019 General Election.

Announcing her candidacy on Sophy Ridge on Sunday, Layla said: “I believe it’s time that we move on as a party and offer a positive vision for the country, and I’m the right person to lead that change.

“I’ve been up and down the country listening to voters about what went wrong in the election, partly, but also asking them questions about what they think of us, because I think it’s really important that we listen and understand where we’ve been going wrong.”

She highlighted the party’s stance on revoking Article 50, and Swinson’s claims that the Liberal Democrats would be the party of government, despite only having 21 MPs at the time, as reasons for their failure in the election.

She continued, saying that people from all around the country had been saying their biggest issues were equality of opportunity, education, the climate crisis and ending the tribalism that dominates politics.

If Layla is elected as the leader of the Liberal Democrats, she’d be the first openly LGBTQ leader for a party across the United Kingdom. The Scottish Conservatives and Labour have previously elected Ruth Davidson and Kezia Dugdale respectively as their leaders, both of whom identify as lesbian.

Meanwhile, the Welsh party Plaid Cymru is currently led by a gay man, Adam Price, and the Scottish Green Party is led by Patrick Harvie, who identifies as bisexual.

The Liberal Party, the predecessor to the Liberal Democrats was previously led by Jeremy Thorpe, who who gay, but wasn’t open at the time and was forced to resign after it emerged that he’d attempted to get his former lover, model Norman Scott, assassinated.

Layla came out as pansexual earlier this year ahead of tabloid reports that were going to out her. She posted on Twitter: “2020 is a new decade and a new path in my journey. Last year I fell in love with a wonderful woman. Something I’d never even considered before. Now I am just happy.”

Currently, the only other contender for the leadership is Wera Hobhouse, the party’s Energy Spokesperson. However, the New Statesman reports that Christine Jardine, the party’s Home Office, Women and Equalities Spokesperson will announce her candidacy at a later date.

Other possible contenders are the newly elected St Albans MP, Daisy Cooper, and Sir Ed Davey, who is currently serving as the party’s Acting Leader and during the coalition government of 2010-2015 was the Energy and Climate Change Secretary.

You can watch Layla Moran announcing her candidacy below, or by following the link here.