Owen Jones: “There are examples of transphobia from the top to the bottom of the Labour Party”

GAY TIMES sat down with Political Campaigner and host of The Owen Jones Show to discuss modern politics in the UK. 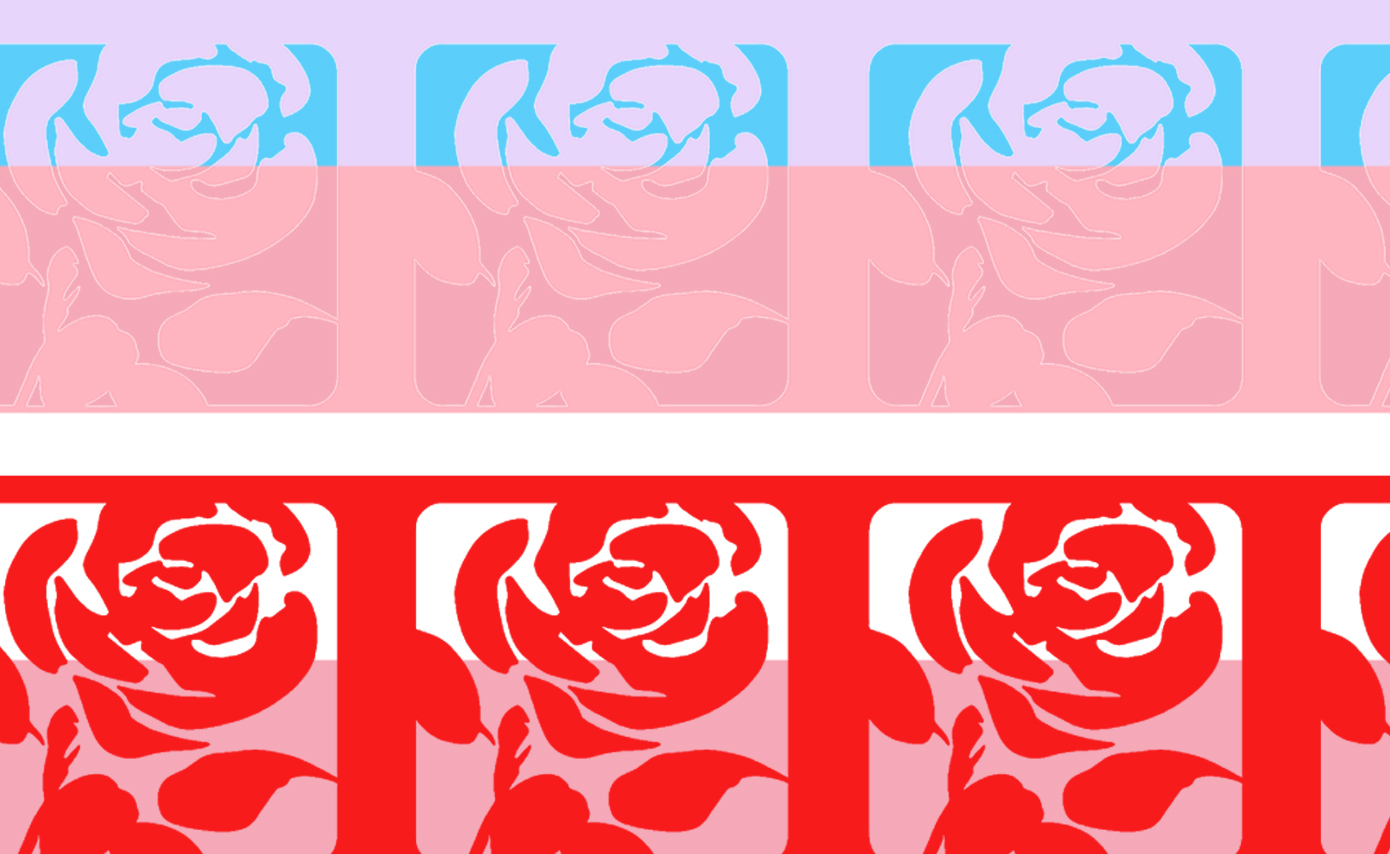 As I sit waiting for Owen to appear, I’m already struck at how nervous I am. As an LGBTQ+ person with a keen interest in politics, I was interested to see what Jones would be like one-to-one. I wanted to know whether or not there was any level of facade or hyperbole to his actions and words, but our chat proved to me that every word that comes out of Owen’s mouth is genuine and believable. His heart, his mind and his spirit are all in the right place.

Author, political campaigner and regular TV political contributor, Owen Jones is a familiar face for many within the UK political scene. With his sharp wit, intelligent air and ability to consistently analyse the whole picture, Jones is a man with a liberal heart, and a worldview that encompasses everyone.

Politics can often feel volatile, like little pockets of fire going off all around the world. Whether it be with Bolsonaro in Brazil, Trump in the USA or Boris here on home soil, political turbulence knows no border.

“I guess, as well, on the left you see yourself as part of a global movement, so you don’t see yourself as just looking at what’s happening here because everything’s so interconnected” Owen says. “If we’re looking at the struggle for LGBTQ+ rights, you wouldn’t just go and ignore the rest of the world… the basic principle of solidarity is ‘an injury to one as an injury to us all’ and a setback for LGBTQ+ rights, particularly in a place like America, is a setback for LGBTQ people here and across the world.”

Jones’ answers, composure and eloquence ignites a passion in so many, and listening to him speak to me reminds me of just how important people like Owen are to our political journey. Accessibility is key when it comes to politics, and seeing an openly gay man discuss LGBTQ+ topics, as well as shining the spotlight on Islamapohobia, racism, anti-semitism and transphobia in all parties, highlights just how invested he is in the fight. But it can be exhausting, and I wanted to capture what it’s like when you’re putting your political finger in many red and blue pies.

“Sometimes I wish I didn’t care about politics,” he admits. “Like, life would be less stressful if I just didn’t care, and just cared about something else” But like many young queer people, Owen began caring at an early age. After graduating from University College, Oxford in 2005 with a BA in History, and subsequently a Master of Studies in US History in 2007, it’s always been in his DNA. Even before that, his family life growing up in Stockport exposed him to the realities of the world.

“Where I grew up, and I have all the affection for Stockport, but it was a claustrophobic and homophobic atmosphere,” he says. “I didn’t actually even come out properly until I was about 20. You’re always aware as a person that you are different and that you’re at a disadvantage and you have this fear that society will reject you and you’ll be rejected by people around you and that keeps you up, you know.”

“For me definitely I grew up in a political family,” he adds. “I think the sense that I was, you know, a part of my minority that suffered entrenched and systemic bigotry and prejudice is something that had a massive impact on how I saw the world and queer people.”

I'd like to see an urgent report and investigation into transphobia, which in my opinion is rampant.

In his new book This Land: The Story Of A Movement, Jones explores deeply, and personally, the ways in which the Labour Party in the UK has evolved, struggled, failed and prospered over the past decade in British Politics. It’s a moving story that picks apart and analyses thoroughly the failures that occurred in the 2019 election, and why we must unpick these mistakes to ensure they don’t happen again. Amongst many LGBTQ+ people, Labour’s political stance currently on LGBTQ+ rights seems vacant. Sir Keir Starmer’s silence, and dull, beige demeanour means many LGBTQ+ people, and specifically trans people and LGBTQ+ people of colour, are losing faith in the party that they used to hold so dear. I challenged Owen on the recent transphobic narrative that has lived within the Labour Party of recent years.

For many of us, this is unsurprising. Trans people know all too well the violent and displaced anti-trans rhetoric across the UK, but predominantly more so now, from the Labour Party. With Jess Phillips seemingly advocating and supporting for Woman’s Place UK on Twitter, and Rosie Duffield taking up more air time than necessary with her vocal support for anti-trans movements, I’m glad Owen is calling a spade a spade here. That’s what I enjoyed about our chat the most, is that unlike a lot of political commentators, he was able to scrutinise and analyse the Labour Party at large for all that it’s doing wrong, as well as all that it’s doing right. That’s how you succeed. Not sitting and wallowing in pity, but moving forward and allowing your mistakes to mold what can be achieved in the future.

On a personal note, Jones’ privacy and safety was the subject of attention in recent months after a violent and unprovoked attack last year. His attacker was jailed in July for committing an aggravated assault. I wanted to delve into the decision to go public with this information, and what the impact of speaking out so publicly about an issue such as personal safety had on Jones, when his safety is already so compromised by his platform and the rising far right ideology in the UK.

“It felt like things were leading in that direction because I’ve been used to getting death threats for years, but they really escalated in real life,” Owen says. “Tommy Robinson supporters, particularly around Westminster, would target me and I got people taking pictures of me in pubs so like I thought it was going to head in that direction.”

“Prison isn’t a solution to far right extremism. It’s a political problem which can’t be magicked away by custodial sentences. If any good comes of this case, it’s the focus of attention on a far right threat which poses a violent threat to minorities on the left, including to those who have suffered far more than me … I didn’t want it to be about me, I wanted it to be about the wider issue of hate crimes massively increasing in this country.”

The privilege that Jones owns is important to recognise here, but he’s an example of someone using his platform to constantly sow seeds of empathy and understanding into all that he does. Through his new book, or his campaigning work, or appearing on TV, seeing someone so vocal and supportive for trans rights is something that unfortunately has become a sight to be applauded because of its rarity.

As his cats join the Zoom call, our chat winds down and I see a softer side to Jones. After speaking about his assault, and detailing just how impassioned and empowered he is by politics, for a slight second I can see the exhaustion and tiresome nature of his work catching up on him. I can see that desire he mentioned at the beginning of sometimes not wanting to be interested in politics, because when you open the floodgates it’s hard to shut them. But those political floodgates have been opened, and he continues to allow them to trickle down through all that he does with a sincere and uplifting level of empathy and authenticity. The power of being able to believe in someone to help you make change is beautiful, and I have that belief in Owen. 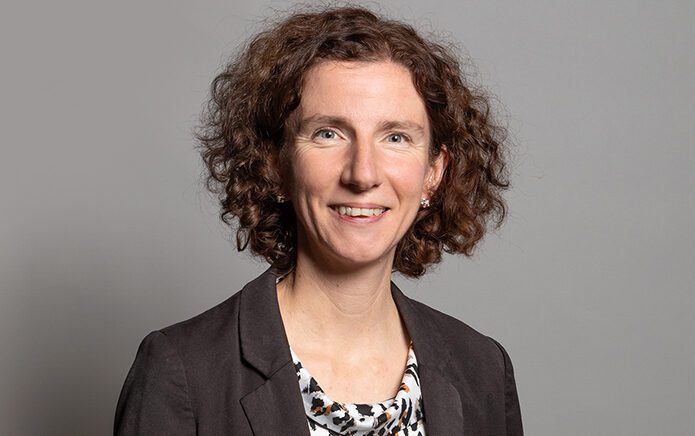 In an op-ed for GAY TIMES, Anneliese Dodds MP explains what the Labour Party would do to combat the UK's monkeypox outbreak. 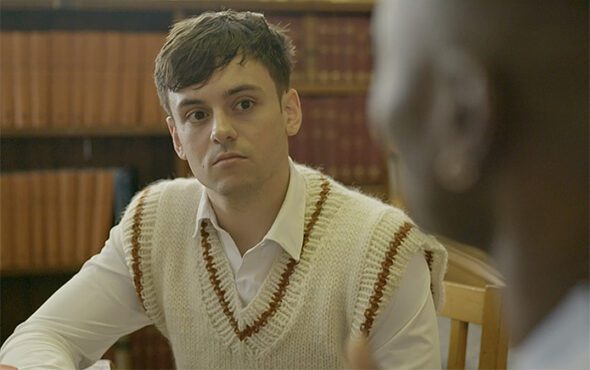 Illegal to Be Me: Tom Daley praised for ‘brave and inspiring’ documentary 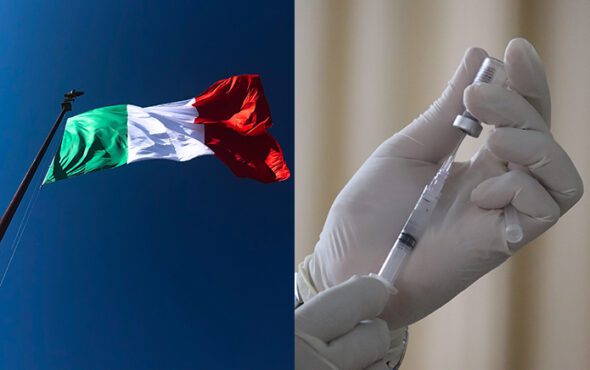