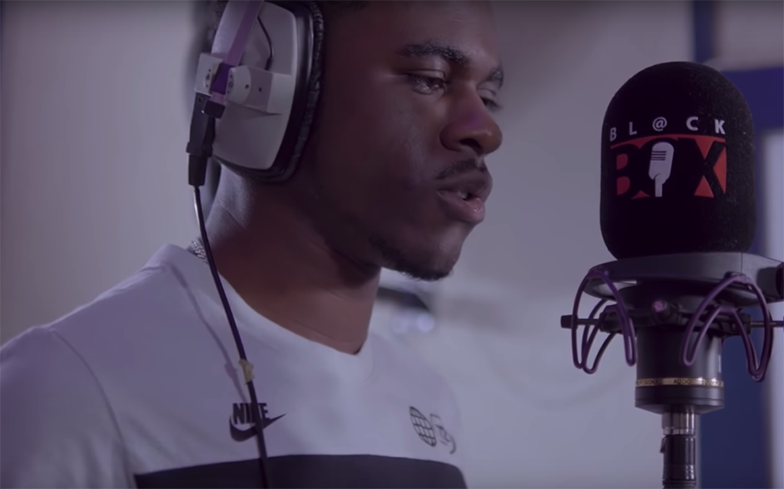 “There’s a few people that have messaged me and given me praises, but no one that does drill or trap rap.”

Mr Strange has opened up about being a gay rapper in the UK rap scene.

The up-and-coming artist made headlines last week after uploading a five-minute video on BL@CKBOX’s official YouTube channel, where he rapped about his homosexuality and detailed his personal experiences of homophobia.

“Being gay’s looking long, I should’ve just kept it in,” he raps in the viral video.

“Always say it gets better, I won’t tell you the cost, you won’t believe if I told you how many friends I lost.”

In a new interview with Reece Parkinson on BBC Radio 1Xtra, Mr Strange reflected on the video’s impact, saying he’s had numerous messages from queer fans who “say they’ve come out after they watched” the clip.

“I think that’s such an amazing thing,” he said. “If I can help people to be themselves then that’s job done to me.”

When asked if he feels if there’s a “place of acceptance” for him in the scene, Mr Strange said it’s “tricky”.

“I think in terms of the fans, yeah. The scene as a whole still needs to catch up,” he explained. “Within this week, I’ve been accepted by a majority of people that listen to the music that we love. It’s the scene itself that’s yet to accept me.

“There’s a few people that have messaged me and given me praises, but no one that does drill or trap rap.”

Mr Strange added that there’s “a lot of hate that comes with being a gay rapper” so he doesn’t expect other artists within the genre to endorse his music because it could jeopardise their career.

“I can’t ask that of them. There’s always that chance of streams going down, of tickets not being sold. Nobody wants to be the first person to endorse something that could potentially ruin their career.”

Mr Strange continued to say that while fellow out rapper Lil Nas X isn’t someone he personally listens to, he commends him for coming out at the height of his success.