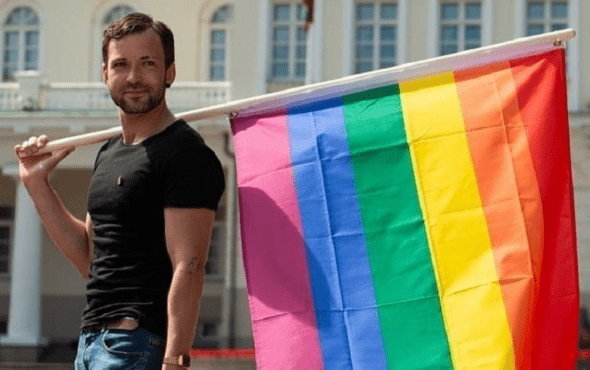 Tomas Raskevicius is confident that civil partnerships could become law, but that same-sex marriage could take a decade.

Tomas Raskevicius, the only openly LGBTQ+ lawmaker in Lithuania, has said he’s confident that the country will legalise same-sex civil unions in its current term, but warned that legalising same-sex marriage could still take a decade.

Lithuania currently doesn’t legally recognise same-sex relationships, voting against a resolution as recently as 2018, but last year ruled that same-sex spouses of foreign diplomats needed to be granted residence permits.

Speaking to the Thomson Reuters Foundation, Raskevicius said that his party planned to submit a bill for same-sex civil unions during March.

He acknowledged that members of the Homeland Union Party, who hold a majority in the Lithuanian parliament, will reject the bill and added: “We’re going to look for some additional votes from the opposition, but I think we should be fine.”

Raskevicius, who is a member of the newly formed Freedom Party, isn’t Lithuania’s first LGBTQ+ lawmaker, although he was the first to announce his sexuality before getting elected, and he was certainly the first to adopt a fierce drag persona while on the campaign trail.

Raskevicius reognises his need to be a role model for Lithuania’s LGBTQ+ community, but never expected himself to be one, explaining: “I’m just a normal guy who had a dream about being equal in this country and this dream has brought me to places I would have never imagined.

“I also feel a big responsibility because people gave me their trust and the mandate to fulfil their promises, and now I really have to work very hard to make this happen.”

Last week, Switzerland became the latest country to legalise same-sex marriage, with a request first being brought to the upper house of the Swiss legislature back in 2013.

However, even with the passing of this monumental bill, there is still a possibility of a national referendum on marriage equality, but allies are confident that a referendum wouldn’t overturn the law.

Matthias Erhardt of the Rainbow Family Association said: “We have 82% of the population behind us and thanks to the mobilising strength of the LGBT community, our partner organization, and political parties support us.

“We are going to increase the acceptance of LGBT people in society even more if there is a referendum campaign.”