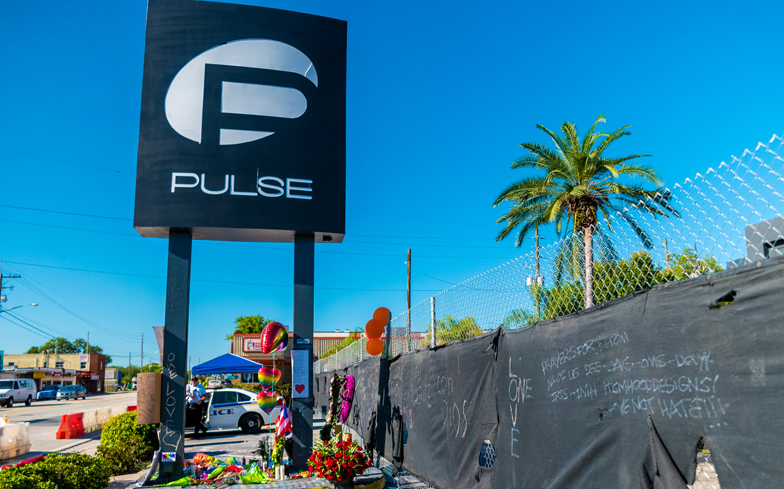 On 12 June, 2016 Omar Mateen carried out what was then the worst mass-shooting in U.S. history at the Pulse nightclub.

49 people lost their lives in the attack. Last year, the club’s owner Barbara Poma, who is also the founder of the onePULSE foundation, announced that the venue would be transformed into a museum and memorial for those who had lost their lives.

At the time, Poma said that the memorial “must and will be a healing initiative, one that I believe will inspire supporters who share our vision and understand the sacred responsibility to which we have been entrusted.”

She admitted she was, “awestruck by how many people have stepped up and committed their hearts to this project.”

The charity’s “hope is that this memorial process will show that hate will not win” she added.

Earlier this week, commissioners in Orange County, Florida approved $10 million worth of funding toward the museum and memorial. The money will be spread out of three years and will be raised through the hotel tax revenue.

Poma welcomed the news, saying: “We are not the first tragedy in our country. You don’t go to 9/11 to think it’s a tourist attraction. You go there to make pilgrimage and pay our respect and to bear witness, and that’s exactly what the Pulse sites will be.”

The onePULSE foundation also welcomed the news on their Twitter feed.

We are grateful to have been awarded Tourism Development Tax funding by @OrangeCoFL Board of County Commissioners for land acquisition & design for the #Pulse Museum. Thank you to our community for making this possible Learn more https://t.co/PUYVH331Nl #WeWillNotLetHateWin pic.twitter.com/m5Lgkr6rca

“Of all the things our community has experienced, nothing will ever compare to the shattering tragedy of June 12, 2016. Yet as dark and devastating as that day was, I remember how inspired I was by the strength, unity, compassion and love that poured forth from all parts of Central Florida, throughout the nation and around the globe,” said Teresa Jacobs, the mayor of Orange County. “I am immensely proud of the Board’s historic decision to approve funding to help build the Pulse museum.

Jacobs added: “This will be a sacred space that will tell the story of Pulse and our 49 angels, while ensuring future generations learn from the detrimental impact of hate, bigotry, discrimination and intolerance. We will never forget the 49 angels we lost or the impact this tragedy had on everyone in our region, especially our LGBTQ, Latinx and Hispanic communities. This museum sends a clear message that hate will not win and love will always prevail.”

A temporary memorial to the victims was set up in May earlier this year, and the onePULSE foundation report that over 41,000 people have visited it. Earlier this year, Barbara Poma, the manager of the Pulse nightclub, Brian Regan spoke to Gay Times. When asked about what the shooting had taught us about joining religion and sexuality, Poma said: The response after didn’t just come from people around the world but from churches.

“We had one down the street from us that, when I was building Pulse, had my project shut down because they didn’t want a gay bar near them. This is the same church supplying water and Gatorade every single day at the memorial site. They housed the FBI when they did the investigation. I met pastors who left their churches because they’ve had a change of heart and the church wouldn’t support that. I’ve had local leaders who were homophobic before who now have wept, cried and helped family members come to terms and have a change of mind.”

Poma confirmed that she would open up a new Pulse, saying: “I’ve said since the day of the tragedy that I’ll open another Pulse, and I will call it Pulse.

“Not that I want to at my age, and I didn’t think I’d be opening another nightclub as it’s a lot of work, but I do feel like it is the true way to not let hate win. That’s what I’ve said since day one and if we don’t reopen Pulse, we’ve let hate win. We have to give back to the community what it lost.”

When asked about whether he still visits the site, Regan said: “I haven’t been back inside the building in about eight months, but I do visit the building probably at least twice a week. I try to go more often and there’s still places where people are leaving mementos.

“I tend to go late at night. It’s amazing though, no matter what time of day you go there’s always people stopping by. There’s a Dunkin’ Donuts opposite the club and one day I just went there and sat and had a coffee and watched. People slow down in the road and some get out of their cars even for just a minute to look at the messages written on the wall. Others even stay for up to an hour.

“It’s also people you wouldn’t expect. The surprising thing to me is when we see families, full families that stop and pay their respects – their children too. I think it’s an event that really opened a lot of people’s hearts and minds.”