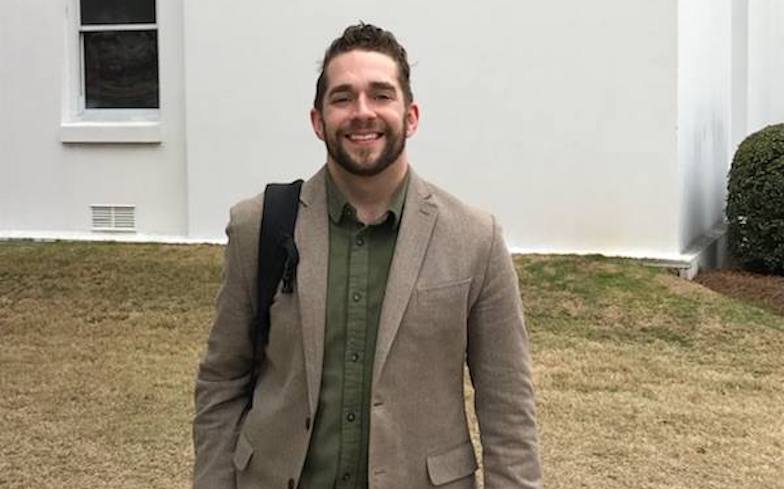 “I look forward to expanding my lifetime of service as I announce my candidacy for State House of Representatives District 54. We are better together. Let’s get to work!”

Openly gay US marine Neil Rafferty has made the decision to run for a seat in Alabama State House District 54.

Rafferty – who hails from Birmingham, Alabama – made the announcement on his Facebook page, and revealed how he came to the decision.

“Nine days ago, I was approached by a dear friend who asked if I would consider running to fill the vacant seat for Alabama State House District 54. In the past week, I’ve spent many hours in conversation with family and friends, but more importantly, I’ve asked myself how can I best serve my community,” he said.

“On Friday, I traveled to Montgomery to complete qualifying paperwork to run. I look forward to expanding my lifetime of service as I announce my candidacy for State House of Representatives District 54. We are better together. Let’s get to work!”

The marine is running for the seat vacated by Democrat Patricia Todd – the state’s first gay legislator – who announced in January that she would not seek reelection.

Rafferty’s story went viral last year when he joined the marines after his boyfriend Michael Rudolph left for deployment.

In a StoryCorps podcast featured on the Obama Foundation website, Rudolph said to Rafferty: “I had already deployed twice, both times as a closeted gay man. I remember coming back from Iraq the second time. And I wake up, and my head is in your lap. I’m trembling and you’re rubbing my head and you’re telling me, ’You’re safe, I’m here.’ You were my comfort, you were my rock.

“Just the fact of you seeing what war did to me and you looking at me and saying, ’I don’t want you to be alone next time you go through that. I want to be with you.’”

Rafferty then enlisted three weeks later, and told Rudolph: “Well. I love you. So it was pretty worth it.”

Listen to their podcast here.