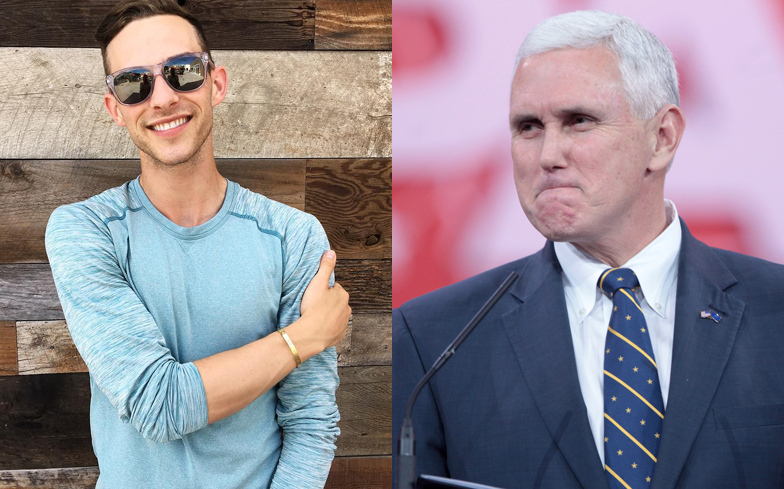 Later this week when the 2018 Winter Olympics opening ceremony takes place in Pyeongchang, South Korea, US Vice President Pence will lead the official US delegation.

Considering his terrible track record when it comes to LGBTQ rights, it’s more than understandable that some of the openly gay athletes competing were less than impressed by Pence’s involvement – most notably figure skater Adam Rippon.

The star – who became the first ever openly gay man from the United States to qualify for the Winter Olympics earlier this year – had some choice words about Donald Trump’s second in command during a recent interview.

“The vice president is proud to lead the U.S. delegation to the Olympics and support America’s incredible athletes,” press secretary Alyssa Farah said.

“This accusation is totally false and has no basis in fact. Despite these misinformed claims, the vice president will be enthusiastically supporting all the US athletes competing next month in Pyeongchang.”

However, according to a new report, that’s not all Pence’s team did.

According to two people with knowledge of the situation, a member of Pence’s staff reached out to Rippon to try and organise a meeting for the two ahead of the 2018 Winter Olympics opening ceremony, reports USA Today.

However, Rippon declined the invitation, the report added.

That’s not to say that Rippon won’t ever confront Pence about his anti-LGBTQ views, it’s just he would rather focus on his performance at the Winter Olympics first.

“If I had the chance to meet him afterwards, after I’m finished competing, there might be a possibility to have an open conversation,” Rippon said in his interview with USA Today last month.

“He seems more mild-mannered than Donald Trump. … But I don’t think the current administration represents the values that I was taught growing up. Mike Pence doesn’t stand for anything that I really believe in.”

The 2018 Winter Olympics will take place in Pyeongchang, South Korea between 9-25 February.