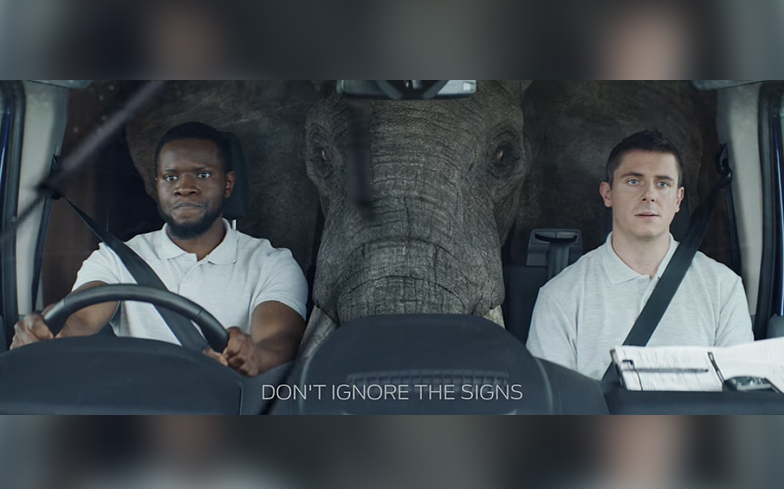 After finding that only 34% of men would openly speak about their mental health issues, Ford has teamed up with Time to Change to launch a new national awareness campaign.

The automotive company carried out new research and found that young men in particular are a vulnerable demographic when it comes to seeking help with mental health issues.

Their survey found that 31% of men said they would be embarrassed about getting help with a mental health issue.

However, they found that 67% of people said they were more comfortable talking through their problems with a close one during a car journey, which inspired Ford to create a national public awareness film.

“One in four of us go through mental health issues at some point in our lives, so it really affects us all, be it through personal experience or through the people we know,” said Ford of Britain Chairman and Managing Director, Andy Barratt.

“As the market-leading car and van brand in the UK, Ford is an important part of society and we want to use that relationship to reach as many people as possible and encourage them to ask one simple question – ‘is everything OK?’.”

Ford have signed the Time to Change Employer Pledge, making them one of the first automotive manufacturers to promote metal health awareness in the workplace.

Part of this pledge commits them to providing mental health support to all employees.

“A vehicle is a great place to start talking because it’s like your own private bubble, where you’re on a journey together and you’re shoulder to shoulder,” says Ford engineer and employee champion, Matt Loynes, who came through the lowest point of his mental health issues with the support of a friend.

“This is about getting everyone on-board and making it part of the culture to take a moment to listen to friends, colleagues and family, to understand and to find the right help for them.”

Director of Time to Change, Sue Baker OBE, added: “We’re delighted that Ford is committed to improving attitudes towards mental health. Their support will help hit home the message that we all have a role to play in looking out for one another’s mental health.

“As Ford’s public awareness film highlights, talking about mental health doesn’t have to be the elephant in the room.”

Speaking to Gay Times about the importance of the campaign, Ed Rogers, Extranet Planner, Communications Operations at Ford, said: “Essentially it’s an issue that can’t be ignored anymore. It’s one of the biggest killers – certainly among young men in the UK, and from an LGBTQ point of view, those statistics get even worse.

“Ford carried out some research, and they found that 25% of males wouldn’t even talk through an issue with a friend, let alone anyone else. That’s why Ford have got behind this campaign. When you combine that with the number of journeys made in transit, it seemed like a logical route to take.”

Rogers explained that a stigma around mental health exists because there’s the incorrect assumption that “you’re deranged or dangerous” if you are dealing with internal conflict, which is just not true.

He added that Ford have worked hard to create an inclusive environment for their LGBTQ employees, to make sure they have adequate support with any mental health issues they could face.

That could be for their older employees who are coming to terms with their sexuality later in life, or young LGBTQ workers anxious about speaking to their families.

But they also make sure that when someone is openly LGBTQ in the workplace, they have the support they need in different aspects of their lives.

“All of our policies were re-written a few years back now to be fully inclusive, so long before the laws changed saying it had to be, we’d already done it,” he said. “So it was things like our adoption policies, and our parental leave policies. Our medical care is mostly inclusive – there are a few little bits to sort out. So from that point of view, everything is set and there.

“We have very very strong anti-discrimination and anti-bullying policies in place, which specifically call out LGBTQ issues as well. Then our diversity at work training is a whole module which focuses on LGBT issues, and is now just being updated to include more trans-specific issues.”

As for their internal support system, Rogers added: “We have an anonymous support line LGBTQ employees can call for mental health and personal issues. That again specifically calls out sexual orientation, gender identity as two keys things you can talk to them about.

“We back that up with regular emails to staff. Globe [Ford’s LGBT group] does mailing shots out to all the employees, which is supported by all the senior management up to our Chairman and CEO.”

For more information about Ford’s mental health awareness campaign, you can visit their official website here. You can also check out Time To Change here.