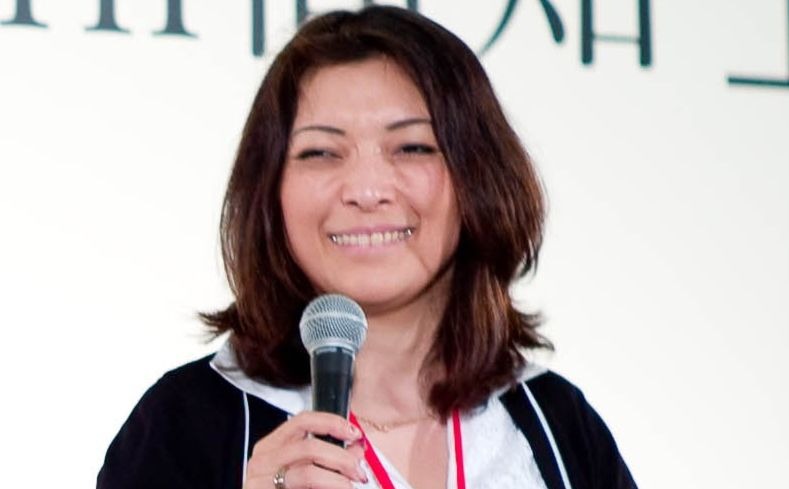 Japan is one of the most progressive Asian countries when it comes to LGBTQ rights.

Kazuyo Katsuma, one of Japan’s most powerful and influential businesswomen has revealed that she’s in a same-sex relationship with LGBTQ activist Hiroko Masuhara.

Katsuma has previously worked with banks like Chase Bank, J.P. Morgan and the firm McKinsey & Company. She rose to national prominence in her home country after starting a campaign on behalf of working mothers.

The businesswoman made the admission in an interview with Buzzfeed Japan. Speaking to the website, Katsuma said: “I kept the lid on my feelings of attraction to members of the same sex.

“After I met Hiroko, the ice in my heart melted, although it took a few years,” she continued. She then added: “I hope this interview article will cheer up someone and trigger a change.”

As for Katsuma’s partner, Hiroko Masuhara, she was part of the first LGBTQ couple to receive a partnership certificate in Japan back in 2015. At the time, she was dating Koyuki Higashi, however the relationship has since ended. But showing that there was no bad blood between the former couple, Higashi welcomed the news, calling the new couple a pair of “power lesbians.”

Speaking to Rappler, Fumino Sugiyama, the co-chair of the Tokyo Rainbow Pride festival also welcomed the news saying: “‘It must have required enormous courage for her [Katsuma] to come out.

“[It] would have a great impact on society as she is such an influential person in business circles.”

Although Japan is one of the more progressive countries in Asia when it comes to LGBTQ rights, same-sex marriage isn’t legal, and same-sex couples don’t have the same legal rights that opposite sex-couples do.

However, certain areas in the country like Takarazuka and Sapporo give out partnership certificates so same-sex relationships are legally recognised. And last year, Osaka became the first Japanese city to recognise a same-sex couple as foster parents.