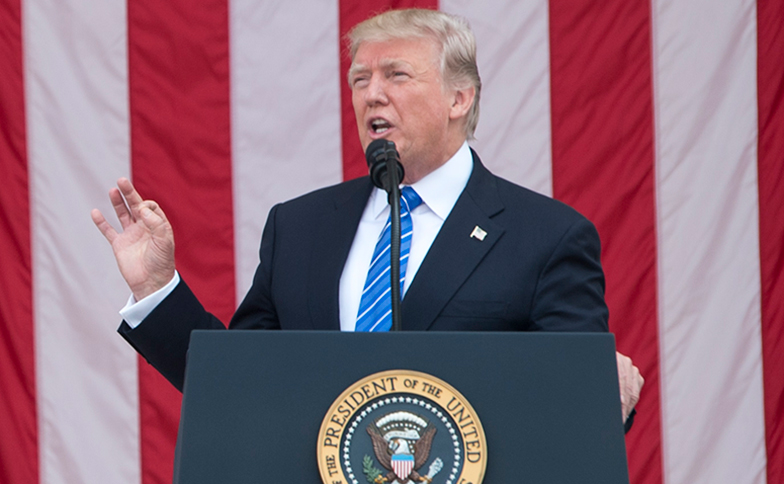 The “stable genius” is making another move to alienate the LGBTQ community.

With the publication of Fire and Fury, a book focusing on what it’s like in the Trump White House, many people may be distracted by the revelations in there to see some of the other ghastly things that Trump is doing.

Case in point: the nomination of Howard C. Nielson Jr. to the U.S. District Court of Utah. A new report, released by the Alliance for Justice, a group who monitors the judiciary, called into question Nielson’s nomination.

One of the reasons they did so, was because of his comments in 2010, where he argued that the chief judge of the U.S. District Court for the Northern District of California, Vaughan Walker, should recuse himself from the Hollingsworth v. Perry case – which legalised same-sex marriage in California – because of his homosexuality.

Nielson argued that the only way the public would be certain that Walker wouldn’t be biased in the case was if he “unequivocally disavowed any interest in marrying his partner.” During the case, Nielson put forward a motion to have Walker taken off, but it failed.

He also opposed the 2015 Obergefell v. Hodges case – which legalised same-sex marriage across the whole of the United States – arguing that marriage should be kept to be just between a man and a woman because “in particular, through the institution of marriage, societies seek to increase the likelihood that children will be born and raised in stable and enduring family units by both the mothers and the fathers who brought them into this world.”

Nielson has shown homophobia in other cases as well. During his defence of Proposition 8 – which sought to delegalise same-sex marriages in California – he suggested that homosexuality was a choice, and that research which found that LGBTQ people had higher rates of some mental illnesses was “inconsistent and flawed.”

Of course, none of this should be a surprise to anyone as the Trump administration has appointed numerous homophobes to key roles, like Jeff Sessions, and failed to condemn Roy Moore, the most homophobic candidate in Senate history, who said that gay sex is “the same” as having sex with a cow.

The Trump administration has also launched repeated attacks against the transgender community, including trying to ban tans people from serving in the military, although a judge has since blocked this move, and the banning of the word “transgender” within the administration.