On National Coming Out Day, celebrate who you are and who you love 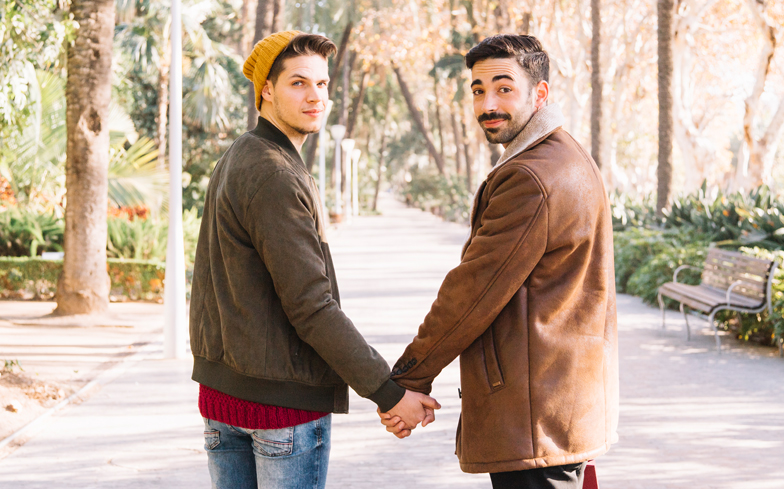 National Coming Out Day is observed on Thursday 11 October. Coming out is the phrase we use to mean telling other people about our sexual orientation or gender identity. It is the process of sharing that you are gay, lesbian, bi and/or trans.

We are all uniquely beautiful and every LGBTQ person will have a unique coming out journey, ideally taken at a pace and time which is comfortable for them. Coming out can be difficult and takes courage, as my own coming out experiences illustrate.

At school, I only had the confidence to come out to one person. I told my friend Fiona that I was gay when I was 16. I was desperate to confide in someone. Throughout the preceding six months I had lost my virginity, dated and even had a sexually transmitted infection (STI). It is no exaggeration to say that, after all the repression and bullying I had experienced at school, I exploded onto Glasgow’s gay scene with a bang.

Fiona was in the year above me, but we instantly clicked. I was reading a book about Renaissance art in the library and we struck up a conversation, becoming close friends. We had a lot in common and our shared interest in culture encouraged me to be candid. I did not feel comfortable telling her on school grounds though. One afternoon I invited her to a bar in Edinburgh’s New Town. I was anxious about telling her. This was a big deal for me. Fiona responded in an empathetic way, saying that she would keep my secret. Telling a trusted friend first did make things easier.

The rollercoaster whereby I went from being geeky and introverted to slightly precocious sexually, was exhilarating. I became much more confident. I needed that. At school my peers assumed or guessed that I was gay, bullied me and told me that I was ugly. They had made me so insecure. As I turned 16 I was unhappy with my sexuality and my physical appearance. On the gay scene, I quickly made new friends. Those gay men gave me some balance in my life. I was not ugly; in fact, I was attractive, funny and personable.

After my first night out in a gay club, about six months after my sixteenth birthday, I came to the important realisation that in the future I would not need to have a sham marriage. I had understood this to be inevitable from when I first started to find men attractive at the age of 13. There was a very real and vibrant world beyond the school gates, gay men were not just stereotypes on television and, from that night, I decided that I would not conceal my sexuality once I had finished school. In one evening I grew so much as a person that there was no way I would be squeezed into the closet for the rest of my life.

At university, I was open with all the students and teaching staff about my sexuality. I attended LGBTQ events and, as one of my contemporaries recently reminded me, I went out several times in hot pants and sandals during Fresher’s Week (not something I would recommend in the UK in October). I told my parents that I was gay a year or two after starting university. It is true that it can be hardest to tell the people you love the most. When I started work, I found it easier to be completely transparent about my sexuality with my colleagues.

It is 15 years now since I was a teenager and things have changed a lot since then. Society has moved on and the situation is better in schools for LGBTQ teenagers, although many are still bullied for their sexuality or gender identity. The internet, at the heart of LGBTQ life now, was largely unknown to me. I did not discover internet dating, with its benefits and drawbacks, until my early twenties.

I felt a burning urge to be honest about who I was and gained an increased sense of acceptance surrounding my sexuality with every person I told. Initially I was able to come out only in certain areas of my life, but not in others. It is not unusual to come out in stages, no one should feel pressurised and I would advise you to only come out when you feel ready to do so.

To all LGBTQ people, young and old, out or not, I hope that this National Coming Out Day, you feel empowered. Sexuality is at the core of identity and, as each year passes, with each new friendship or relationship, I know that I grow as a person. Celebrate who you are and who you love.