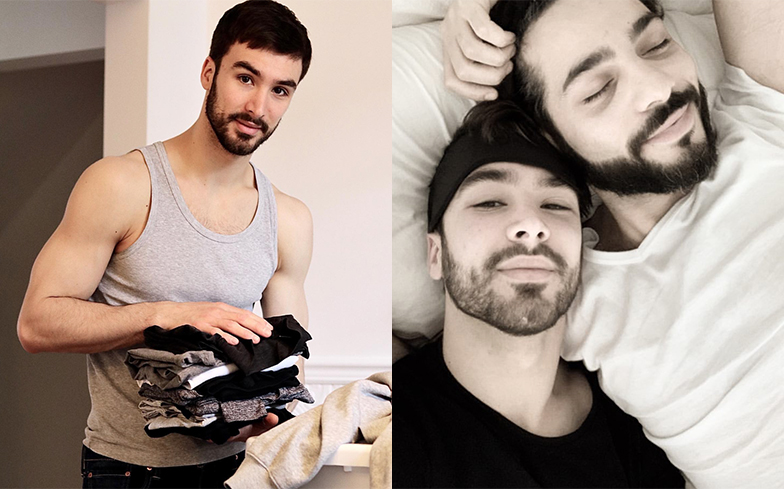 Guillaume Cizeron has publicly come out as gay.

The skater, who won the silver medal in ice dancing at the 2018 Winter Olympics with Gabriella Papadakis, spoke about his sexuality for the first time in an interview with French-language LGBTQ+ publication Tetu.

His conversation with the magazine arrives a week after an Instagram photo with his boyfriend, which he captioned: “Celebrate love. Happy International Day Against Homophobia, Transphobia and Biphobia.”

“It was quite funny how people reacted to this photo. I would not consider myself in the closet before posting this [photo], so I don’t really consider it coming out,” the 25-year-old performer told Tetu (according to OutSports).

“Even though I have never spoken publicly about my sexual orientation, I am one of those who think that it is not something that [people] should have to do. Straight people don’t come out. I still hesitated a bit before publishing.

“I’m not in the habit of revealing really intimate things. I don’t know what got into me, I said to myself, ‘What do I have to lose?’”

Cizeron competes for France but lives in Montreal, which he states is “one of the cities where we feel the most free as a person from the LGBT community.”

However, he acknowledges “this is not the case everywhere in Canada and other countries,” and so “exposing oneself serves the cause.”

“I have talked about it with many people who surround me and are part of the community, some of whom are activists, and who have told me several times how far it could have had an impact in this cause,” he added.

“What held me [back] for a moment was the fact that I always considered that we shouldn’t have to come out.”

Cizeron said he was surprised with the positive comments on his post, and noted that only “200 or 300” people out of 84,000 unfollowed him.

Although he’s proud to live authentically, Cizeron doesn’t want to be known as “the gay skater, but the medalist skater” and said there is still “a need to fight so that matters evolve in this direction.”