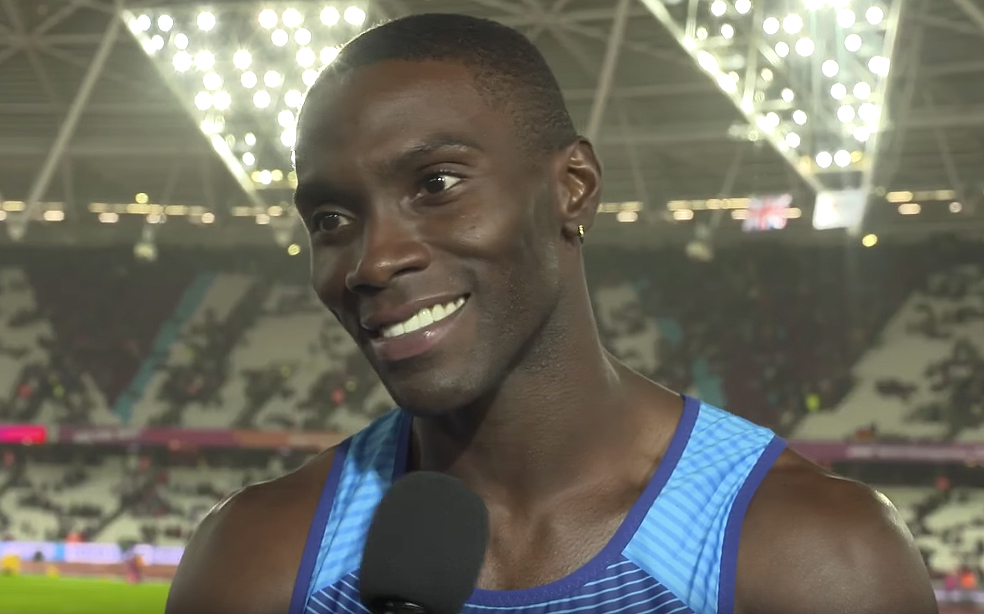 Kerron Clement has come out as gay.

His announcement came as he was celebrating Nike’s contribution to a new rainbow track in Los Angeles.

“I was hiding that part because of what society thought,” Kerron told Outsports.

“But it’s OK to be that way. Nothing is wrong with loving someone of the same gender. Love is love. I have an attraction to men. It’s who I am and it’s what made me become the athlete I am today.

“People should learn how to say ‘fuck what everybody else thinks.’ As I’ve gotten older I started caring less and less, and now in my 30s I thought it’s time to finally be free. Plain and simple.”

Kerron said he experienced teasing and negative comments about his sexuality, but that only drove him to achieve success on the track.

“I appreciate the hard times I went through when people made fun of me. It made me stronger,” he continued.

“When they said things behind my back, it made me have a tough skin and a backbone, and it made me work hard on the track. And I performed because I had something to prove. That’s what made me become an Olympic champion.”

As well as being an Olympic champion, the Trinidadian-American also held the world record for the 400-metre indoor sprint until 2018.

While he does identify as gay, Kerron says he doesn’t like to put a label on his love.

“It’s about loving somebody. I could be attracted to a female one day or a guy. I’m more attracted to men. But for me love is love. It doesn’t matter,” he said.

“Though I do identify as a professional gay track and field athlete, and it’s made me become who I am today.”

In a post on Instagram, Kerron said the response has been “overwhelming” and that he hopes his coming out journey can inspire others to do the same.

“The positive responses have been so overwhelming,” he wrote.

“You guys are sooo amazing. What brings joy to my heart is that my story can possibly help and change someone’s life. Let’s inspire the world!”