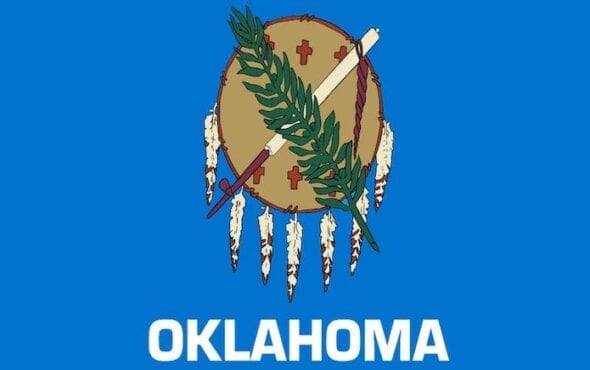 Oklahoma House of Representatives have passed Senate Bill 2 (SB 2) which bans transgender girls and women from participating in sports.

The amended Senate Bill targets trans women and girls at the elementary, secondary, or post-secondary level of education, and requires parents to submit an annual affidavit “acknowledging the biological sex of the student at birth” to allow their child to participate in school state sports.

SB 2, also known as the Save Women’s Sports Act, was passed on Monday (April 20) and states “Athletic teams designated for ‘females,’ ‘women’ or ‘girls’ shall not be open to students of the male sex”.

The summary of the recently passed bill calls for “certain athletic teams to be designated based on biological sex.” Oklahoma House passed the Senate Bill with a high majority reaching a 73-19 vote.

Author of the controversial anti-trans Senate Bill, Rep. Toni. Hasenbeck, said she did not design the bill “to be cruel”.

“I do not want any person to leave here thinking that the design of this bill is to be cruel or to be mean to a group of children,” Hasenbeck told the Daily Oklahoman.

“It is simply to protect the rights of young women so they do not have to compete against males, who are biologically and physiologically better able to run (and) jump higher and faster.”

The House District Tulsa representative said: “Bills like this are just the latest example of this anti-transgender stigma that does nothing to save women’s sports, but it does lead to increased risk factors and creates a culture of violence and fear in the lives of the folks who are targeted in this bill,” she said.

There are more than 234 anti-LGBTQ bills under consideration in state legislatures across the US.

There are 122 proposed bills that directly discriminate against transgender people and more than 60 of these bills, like the Women’s Sports Act, ban transgender girls and women from participating in sports consistent with their gender identity.

“State legislators are deliberately misleading Oklahomans and ignoring science. Transgender girls are girls, and transgender children are children. They deserve the opportunity to play sports with their friends. Without a doubt, this discriminatory bill will harm transgender kids,” David said in a statement.

He added: “It singles out children who are just trying to learn important skills of teamwork, sportsmanship, and competition in a healthy environment. The Oklahoma state legislature’s decision to advance SB 2 is nothing more than a political sham, and Gov.

“Stitt must veto this bill. This discriminatory legislation will only invite the catastrophic consequences that other states have faced after passing anti-transgender legislation — including economic harm, expensive taxpayer-funded legal battles, and a tarnished reputation.”

The NCAA Board of Governors (The National Collegiate Athletic Association) released a public letter making clear that it “firmly and unequivocally supports the opportunity for transgender student-athletes to compete in college sports.”

The letter states: “The NCAA has a long-standing policy that provides a more inclusive path for transgender participation in college sports. Our approach — which requires testosterone suppression treatment for transgender women to compete in women’s sports — embraces the evolving science on this issue.”

NCAA policy directs that only locations where hosts can commit to providing an environment that is safe, healthy and free of discrimination should be selected when considering championships.

As a result, the 30 states backing anti-transgender legislation may jeopardise any possibility of hosting an event as the state will not be able to provide a sufficiently safe environment for all sports participants.