Obsessed with my bits: Stop reducing trans people to a brief surgical point 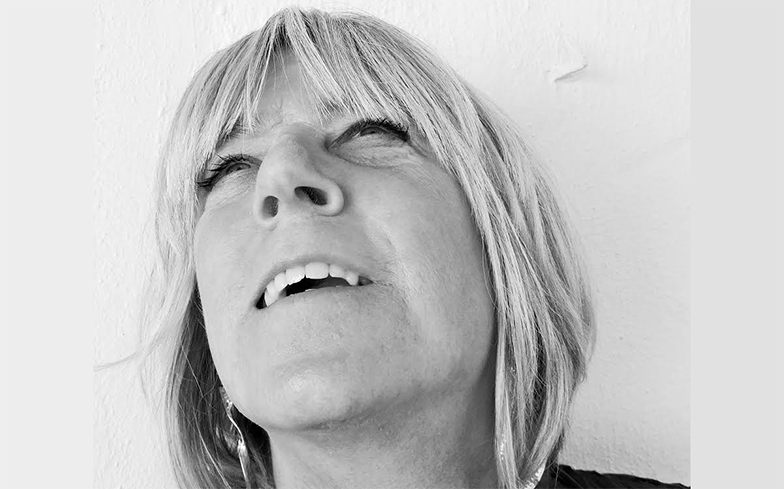 Society seems to be stuck like a broken record on our ‘penis into vagina’ moment, but what is the rub here? What is the absolute hook that keeps programmes being made and people ringing and asking if I would speak about when, where and why I chose to forgo ‘dickery’ for ‘vaginary’?

And before you start, please don’t say it as I already know those aren’t read words, but part of the amazing thing that’s being missed here in relation to trans lives. We have the capacity to become anything, to sit anywhere on that spectrum, to appear in any form in relation to gender. But for some unknown reason, society – and often we the trans community – seem intent on residing in a moment that is over in a blink of a very slow eye. A very gender binary moment in which the exchange happens.

Is it that society, still principally run badly by men (and Theresa May) cannot understand how anyone could give up penis for a ‘vaginary- cave’? That’s how I see mine by the way, as an entirely new sculptural thing which is wonderfully trans. Is society still appalled and fixated that somehow, by some shamanic dimly-lit process, a penis can become another thing and therefore its power revealed to truly just being flesh and vessels.

Actually, rather wonderfully, the very tip of the penile head becomes a newly-fashioned centre of pleasure, a thing called a neo-clitoris, and the scrotal sac lines my ‘vaginary-cave’; snug and tight fitting, uniquely made just for me. Like all vaginas (cis or trans), it’s entirely unique, but just because mine is a surgical thing of wonder doesn’t mean it’s not a private process and I’m sure that we don’t need any more programmes about how a dick can become another thing. That is unless, of course, we aim to make it humorous and perhaps make a Lego or a Disney version. I’d sign up to be in the Lego version, thanks!

I’m asking, no I’m practically begging, others to stop reducing us to a brief surgical point because you want us to give you what you perceive is ‘trans’. We weren’t sent here from Pluto to inform and educate simply about how cocks and cunts work and how they can change.

Related: For trans visibility to matter it must be part of something bigger and more substantial

No, we have a far greater purpose. We are here to show you all that gender isn’t fixed, or rather that it doesn’t have to be. That gender can be playful and can be fluid and that seeing it as being rigid is really not that healthy for anyone. Look no further than boys taking steroids and people in their twenties having Botox to look natural… and at the same time frozen! If I’m honest here, I feel like my face – currently starting to look like a map with fault lines magically appearing – could use a little bit of smoothing, but I’m at the age where it matters. I’m at the age at which women begin to be paid less per word as the years roll on.

So no, fixed gender-thinking doesn’t help a soul on this planet of ours and trans, non-binary and fluid identities have a real embodied power to teach the world a thing or two about letting go. If only you’d stop being obsessed with our surgery you might see a whole world of trans folk out there trying to form new ideas, new patterns, new social structures and new understandings of what gender is and can be.

I’m not objecting to the programmes that focus just on the pieces of time in which you see us change. Trans bodies are beautiful. I was born trans and therefore I feel that I was born with a body – not wrong – but a body with the capacity to change and evolve. I was born with the bravery to encounter and enact change. I don’t want your sympathy or your back-slapping support if it’s based on doom-laden statistics. I want your interest, curiosity, respect and maybe love and attraction because you can see the ‘zing’ of trans exploding across society and allowing society to have conversations around what gender is and what gender means.

I was born with a penis and balls, but most importantly I was born with the belief that I could make fundamental changes in and around gender to get a much better fit. I believe in maybe a hundred and fifty years that we’ll all be doing it. Gender had a stranglehold on society and cultures for hundreds of years, and where has it led? It has led here to a space and time where the trans community shows how you can make changes and own gender. You can own it and not allow it to define you. Now that really is a transformation.

Related: Who owns the trans money shot: us or them?