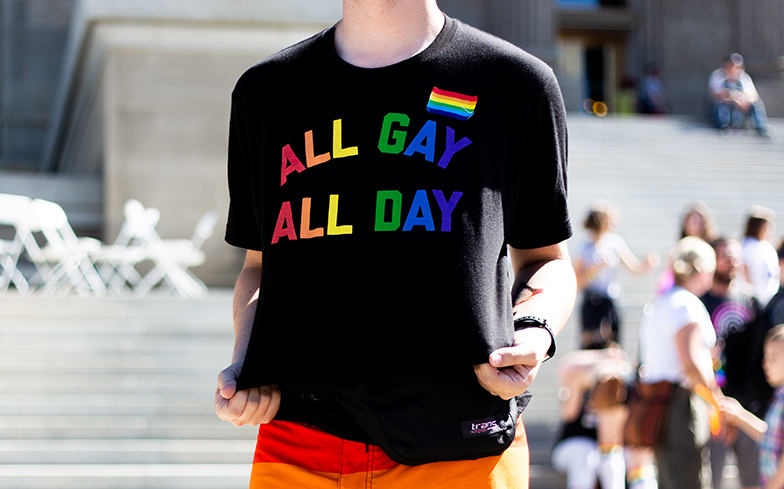 The number of people identifying as lesbian, gay or bisexual in the UK has hit a record high.

Data published by the Office for National Statistics (ONS) shows that LGB people now account for more than one in 50 people in the UK, with an estimated 1.2 million people aged 16 and over identifying as such.

In terms of location, people in London (2.8%) were most likely to identify as LGB, while people in the North East (1.8%) were the least likely.

Laura Russell, director of campaigns, strategy and research at LGBTQ charity Stonewall, told The Independent that the rise showed the “progress we’re making towards equality” but argued it wouldn’t be an “entirely accurate” figure.

“We still don’t live in a society that is safe and equal for LGBT people. Recent statistics have shown that hate crimes against LGB people have risen by 25 per cent in the last year alone, and are even higher for trans people,” she said.

“If we want to live in a world where everyone is accepted without exception, we need every person who believes in equality to stand up and support their LGBT friends, family and the wider community.”

The study also found that more than two-thirds (68.7%) of people who identified as LGB were single, meaning they have never married or entered into a civil partnership.

Sophie Sanders, Population Statistics Division at ONS, explained that this figure reflects “the changing attitudes of the general population to marriage and the fact that legal unions have only recently been available for same-sex couples.”