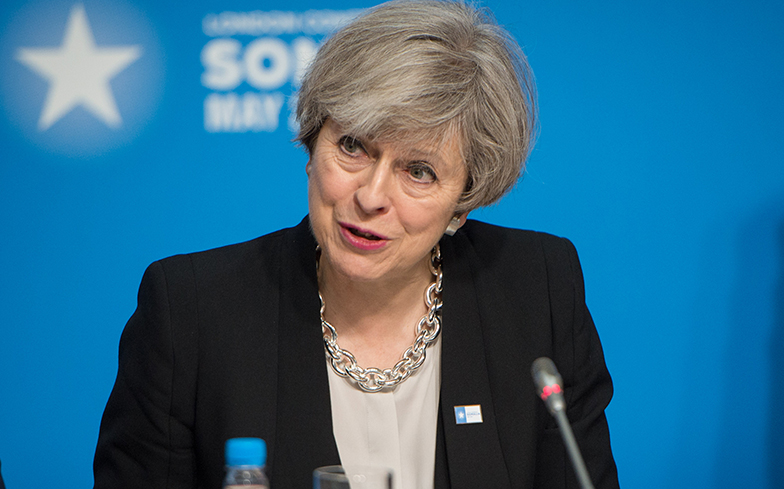 Earlier this week, Theresa May gave a speech where she said that she “deeply regrets” anti-LGBTQ laws that were introduced in the Commonwealth under British law.

Although the announcement went down well with many, it didn’t go down well with Nigerian columnist Paul Onomuakpokpo. Unable to comprehend why someone straight would support LGBTQ rights, he came to the conclusion that Theresa May was a lesbian.

“It is either that British Prime Minister Theresa May is on the verge of divorcing her husband or she is a lesbian even though she is married to a man,” Onomuakpokpo wrote in the Nigerian Guardian.

He continued: “In either case, the PM might be considering taking a wife from Nigeria or any other Commonwealth country that her ancestors presided over its expropriation and ruination.

“Obviously, May is ruing her mistake of ever getting married to a man. She would have preferred to be a lesbian-husband with a wife. Or why is she rhapsodising about the glories of homosexuality?”

He then suggested that Theresa May should be arrested for deceiving the public, writing: “If May does not hanker after lesbianism, then she should be charged with duplicity directed at sexually perverting millions of other people while she is enjoying being married to a man.

“May has been married for almost 40 years. As a young lady, she did not see the need to marry a woman. It is now that she is in her sixties that she is preaching the virtues of same-sex marriage.”

Onomuakpokpo went on to say that Theresa May shouldn’t come to Nigeria or the United States if she is looking for a new wife, writing: “If May wants a wife from Nigeria with the support of its government, she would definitely be disappointed.

“Nor would she find succour in the United States which was a bastion of same-sex marriage advocacy in the Obama era.

“Now, she is not likely to be a welcome guest of President Donald Trump.”

He finished his piece by highlighting the various countries where Theresa May could go looking for a wife: “But she could find a wife in France, Germany, Luxembourg, New Zealand, Denmark and other such countries that have embraced the prospect of extinction by endorsing same-sex marriage.”

Related: Here’s where it’s dangerous to be openly LGBT+ in the world